Gamer on the go? Now you can take many of your favorite Xbox 360 experiences with you, wherever you are. Xbox LIVE - the leading online game and entertainment service in your living room - will be available in your pocket for the first time this holiday on Windows Phone 7 Series. Unveiled by Microsoft CEO Steve Ballmer today at Mobile World Congress 2010, the Windows Phone 7 Series games hub featuring Xbox LIVE unlocks a world of games, fun and a community of more than 23 million active members to Windows Phone 7 Series users around the world.

The games hub will provide many popular Xbox LIVE gaming and community features found on the Xbox 360 today, including the ability to:
* Collect Achievements and build your Gamerscore
* View Xbox LIVE leaderboards
* See your Xbox LIVE Avatar
* Access Spotlight feeds, including the latest tips and tricks, game news, updates and more
* Add Xbox LIVE friends to your friends list while out on the go
* Turn-based (asynchronous) multiplayer gaming

"Windows Phone 7 Series was built from the ground up with entertainment in mind, and its unique design allowed us to bring some of the best gaming and community features of Xbox LIVE to the Windows mobile platform," said Ron Pessner, general manager of Xbox LIVE Mobile. "It has always been our vision to expand the Xbox LIVE service to connect people to their games, entertainment and friends wherever they go, and the launch of Windows Phone 7 Series is an important step toward that goal."

There's already an app on the Android Market that can do most of this haha.

I really hate how all the cool phones are the ones that will fail, mostly because they won't just open a god damn open app store. zune hd had a chance, but they restricted the apps to 'trusted' which consists of about 11 companies who make about 1 or 2 every few months. and yes i know you can use non trusted, but it's a hassle to have it shut off everytime you use one.
I 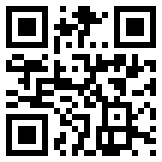