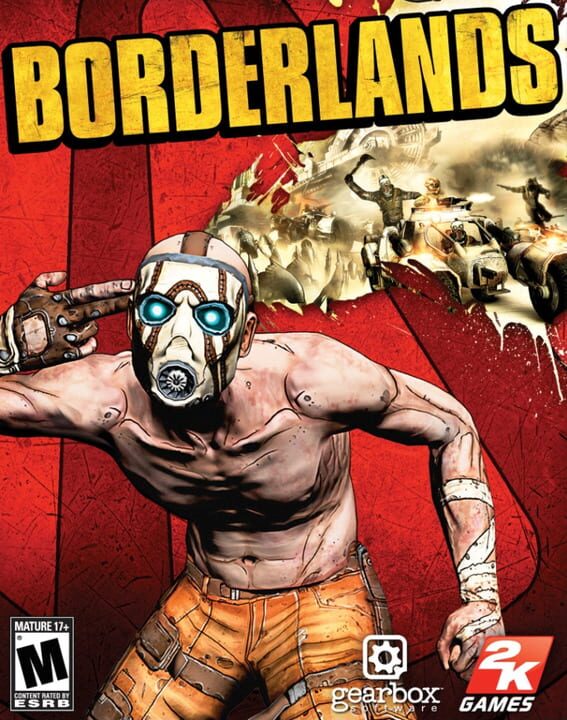 Im using WillowTree Beta10r8 and attempted to add some weapons. saved. rehashed+resigned with CONcept.
Loaded up borderlands and it started me on the bus ride (lost all skill,items, ect.)
thank goodness for backups.

ended up I just tested my save with WillowTree.
ALL I DID was open my save and re-save it in willowtree b10r8, rehashed+resigned and Im getting the same results of the game starting me off on the bus and selecting a character.

Get this, I can use Modio's Borderland's tool and rehash and resign with CONcept and it works just fine. I can modify money, level and xp just fine.

Any help or anyone else run into this?

I dont know whats wrong but maybe if you updated to 10r10 it will fix?
X

Well I tried b10r10 and Im getting the same effects. I took my working save opened it in WT made no changes and resaved it/rehashed+resign. Loaded it up in Borderlands, and Im starting over again. Below I have extracted the save from the container since I know its not a rehash/resign issue and the file comparison is actually different in a few spots in the saves. Below I have attached the good savefile (GameSave1.sav extracted from CON) and the one that resets (GameSave2.sav extracted from CON)

These are images of the file comparison. 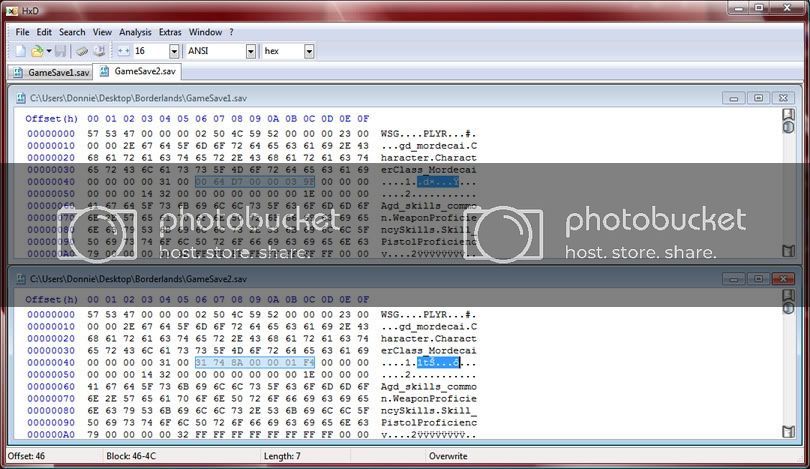 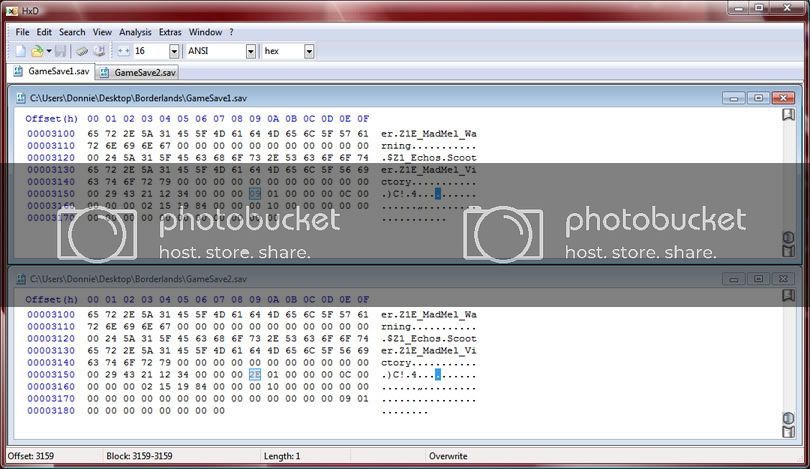 Update: So I thought I would just modify the extracted GameSave from a CON to my liking and go back in a hex editor and modify those few bytes back the way they were and It totally froze up the game and xbox when it tried to load the saves.

Edit: Whoops, found the issue for the above attempt, i killed a byte somewhere making it not rehash properly. Fixed that and Im back where I started with it just starting the game over when I load the save. I know both LeFluffie and CONsigner fix it correctly cause I can modify my xp manually with a hex editor, rehash and resign with both signers and load the game save up just fine and can see the changes.

This happens to me too,except for my first save I have made on my xbox,my first save is only a level 10.why does this happen? I have tried all versions of WT# and WT...still the same effects as this guy!

anybody? Seriously? I can't get it to work,or figure out what is wrong,does anybody know how to fix this? We both have the exact same problem....

Patience my friend. This is sorta not the most popular game or the most popular forum. For now I just said F*** WillowTree and decided to just hex edit it all till a solution is found by someone else. By the way, Hex editing works just fine, it just takes longer.
X

I see the problem? Do you have a bank? If so, how large is it?

Yeah Xander, I know how this feels.

Alright, it seems if you have to much file capacity.

When you you open your save in WillowTree(not the weapon editor) does it have a [+] next to EVERY folder when you open up your characters files?

If not it will save corrupt. (Obvi if you haven't read the Modding Tut yet)

My main character has the same problem ; Can't fix it, or just don't know how :/

@XanderChaos
My bank has $5160 i believe what it was. I see now that somehow it changed it durring the resave.
Unless your talking about the Borderland's locker, then I have nothing in there.

Ill continue doin some research into it. For now I'll continue hex editing if need be.

UPDATE: ok thus far I trashed the beta, figuring its a beta thing and I am now using WT 1.2.2.

MyFind: I have found in my case that WillowTree is adding 3 bytes to the end of the GameSave.sav file. If I remove those 3 bytes and reinject the GameSave.sav...
IT WORKS!!!!!