Discussion What to expect in Black Ops Multiplayer

Treyarch didn't have a dedicated multiplayer team before Black Ops but World at War featured some great elements that couldn't be seen in any other Call of Duty. So what does this mean for Black Ops? 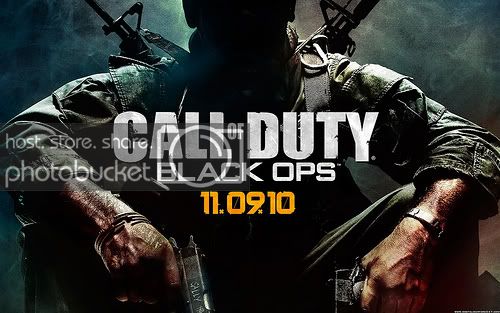 Now that Call of Duty has become one of the (maybe even the) biggest selling franchises of all time, the studios involved need to step up their game. And Treyarch does just that. Since the beginning of development they have their complete studio dedicated to one game, Call of Duty: Black Ops. With previous games, including Call of Duty: World at War, Treyarch had limited manpower as only part of the studio was able to work on the Call of Duty franchise. The other parts were simultaneously working on different games, like Spider-Man and 007: Quantum of Solace. This meant limited man power and a smaller time frame to develop the game in.
This time around though, Treyarch has their full studio working on Black ops for two years straight at launch. They have dedicated teams for Multiplayer, Singleplayer and Co-op mode. Not only this promises a game that is that will probably feel "finished" in every way, it means we can also expect a major step forward from what we've previously seen!

So let's talk about multiplayer for a minute or two (or twelve, depending on how fast you can read...). There were lots of very nice, unique additions to World at War that were overlooked by the community up until today. In a game like Call of Duty, attention to detail is very important in all kinds of ways. There are little things that make a big difference, and it's because of this that many still really enjoy World at War to this day. Chances are, you will see all this return in multiplayer Black Ops, and it's something to look forward to! Lets begin. 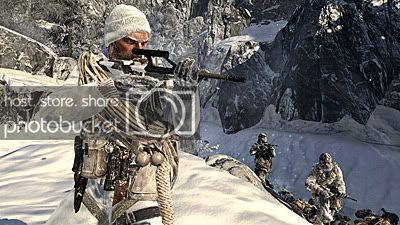 Playlist specific leaderboards — This is an awesome thing because this lets you see where you really shine. You could have a 0.5 K/D ratio on Team Deathmatch but a 2.5 on Search & Destroy. When you start an entirely new game mode that you haven't previously played, you start afresh. If you're jumping in a playlist that you haven't played for a while, you can see when you last played that game as your rank saves that kind of information too.

Lobby leaderboards — You can compare your stats with everyone else in your game, not just your friends list. This is another cool feature to see who you're up against; and also a nice way of finding hackers to report!

Perks have been implemented when Treyarch was appointed the CoD4: Modern Warfare game engine by Activision (as can be read in the article "In Treyarch We Trust »"). Treyarch did a great job with balancing the perks against each other, and the following are a couple of our favorites;

Flak Jacket — This perk is overlooked by many but it might as well be best perk in the game. A main complaint about CoD4: Modern Warfare 2 were the explosives. With this perk, this problem was canceled out, and not a problem whatsoever. An explosive could literally never kill you unless it's either a direct impact or you've taken damage beforehand. Even though Infinity Ward tried to mimic this with the Blast Shield, it never felt as close to the game as the Flak Jacket.

M2 Flamethrower — The flamethrower is pretty much confirmed to be in both the DS title as it's bigger brother (GKNOVA6 documents). What was so great about this perk was that it was both incredibly fun and effective, it was well balanced. A lot of people hate the flamethrower for it's lack of range, charge time, and that you need to keep the flames on target for a second or so for them to die. It wasn't unstoppable by any means, but it was still a lot of fun, and useful at times. And don't you play this fun just for fun? Well, the majority does...

Reconnaissance — Great perk to counter killstreaks. Unlike with Modern Warfare 2 you could see all killstreaks on the entire map if you pull it up. This way you could make sure you weren't in the crossfire for friendly ones in hardcore, or just to outrun any enemy killstreak.

Toss back/Shades/Gas Mask/fireproof — Now, these weren't by any means the best perks in the game, but there is a reason why we wanted to discuss the real quick... They were just-in-case perks; If the enemy nades/tabun gas/flares/flamethrower were to become overpowered, they had a counter ready for them. This is a good sign on the balance side of things, even if they're "just in case".

There should always be a playlist for you to enjoy, whether that's S&D, Team Deathmatch or War, there's a playlist for it. But recently Infinity Ward found out a problem where they had to remove certain playlists so they could add another one instead. This meant no more Capture The Flag or cage matches anymore, just so that Barebones could be added. Treyarch chose for another approach.

Search & Destroy — Some think it's "part of the game" and even though it takes skill and practice to kill the entire other team within seconds of the start of the match, 99% hates your F'ing guts if you spawn tube in S&D. Treyarch thought so too and they had their own way of dealing spawn tubing in CoD: World at War. Any tube fired less than 30 seconds into the game instantly became duds, making it pointless to even try. Not everyone will agree (yes, we're looking at you tubers...,wow that sounded wrong) but we think it's a great solution for the general public to enjoy the game.

Hardcore — 3 teamkills and you get the boot, like you should. The announcer even publicly humiliated them with the good old "Get that son of a b**** out of here!" (unless it was an accident via killstreak or mine). Also, being teamkilled is less of a big deal in World at War as it does not count as a death, so the idiots will not mess with your K/D ratio that way. Now all Treyarch has to fix is the retarded "look at me, I'm spinning!" and we're home free! Besides the teamkilling in hardcore, Treyarch made sure we have much more variety than in any other Call of Duty game. Harcore CTF, Hardcore War, you name it. 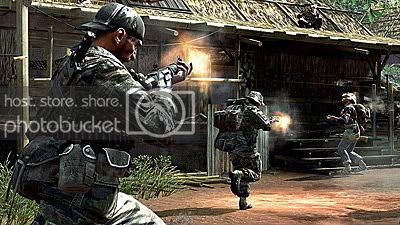 Team vocalizations — Things like this are easily overlooked, but really add a lot of fun to the game. For example, the enemy forces would shout "Watch out! GRENADE!" when you threw in a grenade, or yell "That's one though bastard!!" and "He's a MACHINE!" if they shot at you whilst you had juggernaut... The same goes for killstreaks and teammate vocalizations. You felt closer to the game as it seemed more human. Compared to the more "correct" approach of Modern Warfare 2 where they yell "Tossing flashbang!", World at War on the other hand had the "Let's see how they handle THIS!" approach.
Even though it doesn't add to the actual gameplay, it's the details and variety that add to a more fun experience.

Gore — Games are not played solely by teen gamers, contrary to what many believe. And even though this will get the game a higher PEGI/ESRB rating, Treyarch is adding a lot of gore to their games. Both in the singleplayer campaign as the multiplayer mode. So expect a lot of flying body parts when you tube the hell out of the enemy!

Squads/Party — Don't you just hate it that when you are a couple minutes late, you'll end up playing against your own friends instead of with them? In World at War you could set up a squad in game so that your friends could join a game in session and still make it on your team. Another big plus is fact that you could lock your squad, so no more uninvited randoms. To add to this all, you could kick people and issue waypoint commands. That was just in World at War, but recently Josh Olin announced » major improvements to this system with the socialization of the multiplayer lobbies. We can't wait to see what they've come up with.

Rewards — "FRAGSTEAL!", we've all heard it from time to time. While Modern Warfare 2 just splits the points in half for an assist, World at War actually rewarded you for how much damaged you did to the enemy. This could result in more XP for an assist opposed to the actual kill.

I personally can't wait until black ops. I think all of this news is exciting and awesome. Tell me what you guys think and i'll try to keep you updated with black ops and more. =D

Source: What to expect in Multiplayer + daily wallpaper #7
​

what to expect in black ops? play all the other cods, exact same gameplay.
X

nice find, lots of good info on multiplayer, hopefully soon Treyarch releases more on MP and maybe even a gameplay vid!
obviously the online won't be too too different from the past CoD games, because completely changing it would turn alot of people off from Black Ops.

JOLO (Jamie Only Lives Once)

what to expect in black ops? play all the other cods, exact same gameplay.
Click to expand...

so something entirely new? well i hated the other cods, hopefully this one won't suck.

Sounds good, can't wait for Black Ops. I just hope Treyarch lives up to all the hype, I'm sure the game will be great regardless. I doubt it can get any worse than MW2, not that MW2 was that bad.
You must log in or register to reply here.
Share:
Reddit Pinterest Tumblr WhatsApp Email Share Link
Top Bottom