What game should I buy?

Hey guys, just wanted to know which game is out there that is worth buying this time. I got $70 right now and can't decide which game to get. Well it be Brink, Portal 2, L.A Noire, ETC. Anyways hope you guys will choose a good game for me and will last for a couple of months. Not like black ops who lasted me 1 month in my opinon <_<
J

LA Noire all the way!

la noire will give you the most play time. rent portal 2, only took like 6 or 7 hours to beat. but very worth it.

Sleep is the cousin of death

L.A Noire. Campaign should last you a very long time.

What happens if i finish the game. No multi players? :mellow:

T o n y said:
Hey guys, just wanted to know which game is out there that is worth buying this time. I got $70 right now and can't decide which game to get. Well it be Brink, Portal 2, L.A Noire, ETC. Anyways hope you guys will choose a good game for me and will last for a couple of months. Not like black ops who lasted me 1 month in my opinon <_<
Click to expand...

LA Noire if your into being on the good side. Although it can be hard to interview suspects and can get frustrating. It is a very good cop game. You probably think by the creator Rockstar that it is a widely based gangster shoot up, but it isn't. Weapons can only be used in cases where the suspects have to shoot you first and in armed break ins a guns a must.

Portal 2 I wouldn't know much about sorry lol. Brink I have never played.

But anyway take a look at reviews and see whats up. My choice is LA Noire. Fell in love with the game lol. If you get it and want to play and chat on xbox. PM me for my gt. I like to chat and play it

Edit: Saw recent post, there is no multiplayer it. But most stores have the new limited edition in called 'The n***d City' it provides a DLC for an added two cases to the game. 3 discs are contained in the box and the limited edition is the same as the normal game's retail price.

But don't worry, the cases don't fly by. They are pretty intense and long. But interesting at the same time and you get to explore LA openly.

sorry wrong section i would get L.A. Noire
Z

If you get done with L.A. Noire,as I have. Just replay the cases and try to get all five stars or go into free roam and get achievements such as the hollywoodland,lead foot,Miles on the clock. There's also DLC. Achievements are very time consuming. EDIT: Also L.A. Noire takes about 4-5 days to complete. So yeah its your choice.

Just a Small Town Girl Livin' in a Lonely World

Portal 2 and LA Noire are two of the best games I've played in a very, very long time. If you thoroughly enjoyed Portal, get Portal 2. It's one of those games where throughout the entirety of it, you're just happy with how amazing the game is, and are thinking this: 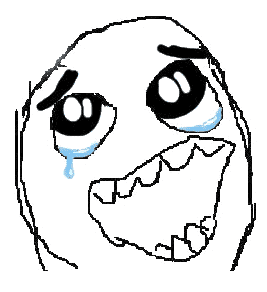 LA Noire is a bit slow-paced and doesn't have nearly as much shooting as you might think. It's all about being smart, and gathering evidence, reading people's facial expressions, and following the most logical steps to solving a crime. It's an incredible game.

Portal 2
Pros
Mind-bending, rewarding gameplay
Hilarious. I have cracked up several times while playing it
Relatively high replayability and awesome, awesome co-op.
Cons
Much shorter than LA Noire (only 6-8 hours or so)
Won't enjoy as much if you never played Portal 1.

Pros
Very unique and fun
Feel like a genius every time you interrogate people well and solve crimes
Fun chases and gunfights
Extremely long story (Don't know exactly how long, but it comes on three discs )
Interesting setting and fun to pay attention to the story, and the crime.
Cons
Sometimes slow-paced
You can get stumped, and getting things wrong makes you facepalm at yourself.
Too easy in a way.
No online play.

Edit: Oh, and Brink is pretty good too, but not anywhere close to as good as LA Noire and Portal 2.

Brink for sure. LA Noire wasn't very exciting for me..

I'd have to say L.A Noire, just because its so intense and Rockstars great reputation has pulled through once again

Here's looking at you, kid


Amazing king of the hill mode

Loads of replay in it

haven't heard much about portal 2

Portal 2, a mate bought it, "best game ever" according to him
M

Portal 2, very unique game and you can solve puzzles with your friends Haven't heard much bout LA Noire. My friends who bought Brink were disappointed.

What game should I buy?

X
What Game Should I Buy?

What Should I Buy ?

What Should I Buy ??

What Should I Buy ??