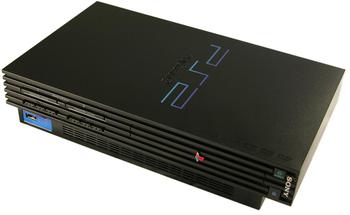 Unlocking your Playstation 2's Full Potential​
Disable Region Lock, Disc Security, and More​
Albeit being two generations behind, Sony's Playstation 2 is still regarded as one of the most popular, successful, and longest lasting consoles to date. Still part of many collections throughout the gaming community and still in use in other regions of the world, the PS2 library proves to be rich in variety and quality. However the console's biggest detriments comes with its region locking, disc security, and fault-prone emulation. Region locking prevents gamers from countries such as America and Europe playing games from Japan and vice versa. Such jewels as Final Fantasy 12 International Zodiac Job System and Kingdom Hearts Remix were kept away from the rest of world while Japanese gamers got to enjoy them. Disc security is also tough to crack. Burned copies of games are unplayable, however that can be bypassed as well.​
This tutorial will gently walk you through the safest available method of bypassing the above detriments. By transforming your restricted console into something able to access the full library of the PS2, you may find your console out of the closet and back in the entertainment center.​
DISCLAIMER: There is no free way to bypass the security on the PS2. One way or another you will have to fork out some money to bypass the security.​
IMPORTANT: This tutorial currently applies to FAT PS2 MODELS. PS2 Slims are not covered here. The difference between the two is noticeable.​
IMPORTANT: Be GENTLE throughout the process. If you become frustrated or mishandle the console, the likelihood of you breaking your console increases immensely. Much of the console's exterior and interior is made from a strong but not so sturdy plastic. It is easy to dislocate the disc tray's gears or pins and make your console inoperable.​
Softmodding the Playstation 2​
Utilizing SwapMagic​
Not something new on the market, the SwapMagic method is the safest out there to bypass the PS2's security. Rather than dissecting your PS2 to install something like a modchip, you will be removing the face plate to your console's disc tray and using a small tool to swap discs. Example given, if you would like to play a burned game you would insert SwapMagic first. When SwapMagic boots, simply use your tool to manually pull the disc tray out, insert the burned game, manually push the tray in gently, and launch your burned game with 100% success.​
Steps:​
1) Purchase SwapMagic.​
- SwapMagic comes in a two disc set, CD and DVD-R. The most reliable vendor that sells these discs can be found here. Delivery is quick and quality is ensured. This is the vendor I purchased from and I was pleased with the transaction.​
2) Preparing your PS2 for SwapMagic.​
- Your PS2 requires very minimal preparation. Preparation is incredibly simple, for the only thing that needs to be physically modified on the console is the faceplate on the disc tray.​
- Locate a Phillips Screwdriver (or something similar) and get ready. Turn on your PS2 and press the EJECT button to expose the disc tray. Now turn off and unplug your console. Your disc tray should still be exposed. Turn over your console and the bottom side of the disc tray should be facing you. Locate a single screw at the end of the disc tray and unscrew it. Gently remove the faceplate from your disc tray.​
3) Fabricating a tool for the Softmod.​
- This step requires some patience as it calls for very precise measurements and cutting. A tool is needed to manually expose the disc tray each time you would like to use it. The tool snatches a pin and allows you to move it around to eject the disc tray.​
- Find a sturdy plastic credit card or gift card of some kind. I used an Amazon Gift card to make my tool, so find that or something similar. Obtain several if you can because you may mess up on the measurements. Find a strong but precise pair of scissors. The smaller and tougher the scissor, the better.​
- Refer to the image below and cut your card in the listed dimensions. The card has to be as precise as you can make it.​ 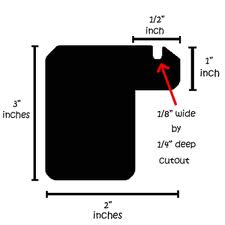 - You can also purchase a slide tool from various vendors throughout the web. However due to the relative easiness and satisfaction of creating your own, I don't recommend purchasing one. You can obtain one from the same reliable vendor that I listed above (the same one that sells the SwapMagic discs) here. ​
4) Using SwapMagic.​
- Now that you have your tool ready to go and your discs ready to be used, get ready to manually pull out the tray.​
- Turn on your PS2. Insert SwapMagic. Note that there are two SwapMagic discs. Depending on the kind of disc you will be inserting, you will need to decide which SwapMagic disc to insert. If you are loading DVD-R disc, use DVD-R SwapMagic. CD disc uses CD SwapMagic disc. Most PS2 games are DVD-R. When the program loads, get ready to use your tool to pull out the disc tray. For most FAT PS2 consoles, you will insert your card under the disc tray on the complete right side and gently and slowly move left until you feel the gap in your tool snugly grasp a small pin within the console. You will then gently pull the tool towards the right until the disc tray automatically pulls itself out.​
- Swap your SwapMagic disc for another disc and put the disc tray back in. Depending on the condition of your console, you can use the tool again to pull the pin back in and to the left to lock it. You can also gently push the tray back in with your finger to save time and effort.​
- On the SwapMagic menu, click on LOAD then select your desired mode of loading. You will almost always click on NORMAL.​
- Refer to the video tutorial below if you want to see a visual aid on how to use your tool and SwapMagic. The tutorial covers most of the steps listed above in detail, so refer to it if you want to feel confident about using SwapMagic for the first time.​
​
Credit to Matthew Pea**** for video tutorial​
Your console should now normally load the disc and you will be able to play any backup games and bypass region lock completely.​
Creating Discs for SwapMagic​
Concise mini-tutorial on how to Create Backups​
Your console is now ready to play backups of any game in the entire PS2 library. Want to play imports from Japan? Want to play patched and modded versions of a certain PS2 game? That is now possible. You are able to do whatever you want with your PS2. If the PS2 can read and load it, it will launch it. Below is a short tutorial on how to create backups. 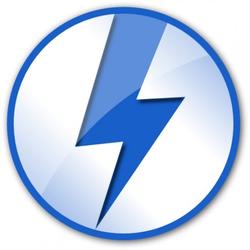 1) Download DAEMON Tools from the Internet. I recommend downloading from their official site. DAEMON Tools will allow you to load the disc files onto its easy to use program and burn them onto a disc.​
2) Obtain discs. There is an entire market filled with discs. You do not want to buy the cheapest discs, nor do you want to buy the most expensive discs out there. The cheapest discs may end up compromising the quality of your backups and the most expensive discs are too pricey and offer no real difference in backup quality.​
- I recommend purchasing Sony DVD-R 120 Min/4.7 GB discs. These are almost identical to most of the discs used by PS2 games and are reliable to use. They all come in cases so organization of your backup library will be easy to manage. Some come in spindles if you prefer your discs to be managed that way. You can purchase some at your local Walmart or here.​
3) Obtain the ISO file for the game you would like to backup. DISCLAIMER: It is illegal to backup games you do not already own.​
- Use DAEMON Tools. Load the ISO file onto the program then insert a blank DVD-R. To help ensure a quality backup, set speed to 8x. You can toy around with speed settings, but I recommend having it at 8x.​
4) Use SwapMagic to load your newly created backup.​
Below are some games that are normally not playable unless you have a Japanese PS2. The import library of the PS2 is massive and very worth it.​
- Final Fantasy X International (game is in Japanese, you will need to locate an English Patch)​
- Final Fantasy X-2 International (game is in Japanese, you will need to locate an English Patch)​
- Final Fantasy XII International Zodiac Job System (in Japanese, locate English Patch)​
- Kingdom Hearts Final Remix​

Many, MANY more Japanese only games can be found. Japan had a large library of PS2 games released in their own country and not anywhere else.

I hope you guys enjoyed the tutorial!

Nice tut Sharp! If at all possible you should also do on for a PS1

Red said:
Nice tut Sharp! If at all possible you should also do on for a PS1
Click to expand...


I may do it in the future. I am aware there are some discs out there that operate almost like SwapMagic does and allow you to run PS1 backups. Thanks, Red!

Some times our saints are sinners

Thanks for posting this, Sharp. I had started this a couple months back when my magnet broke and I lost all hope.

Nice Tut. Time to go digging for some old consoles

Watt!! I never knew this exsisted

That's not how you spell it, but I fixed it for you. Also, this is a neat thread wish I had my old ps2