Introduction
Hello insect (you'll get that reference later), welcome to System Shock 2, the successor to the massively popular original which is currently undergoing a remake by Night Dive Studios. With the game announced I thought I would introduce a game that isn't well-known anymore even though its better than many games today. Sit back hacker.

Plot
The basic storyline goes with you as a soldier enlisting for the UNN (United Nations Nominate) which was to prevent Earth's governments from influencing huge corporations run by the government. After you get aboard the Von Braun you are awakened from cryosleep with a voice telling you that something is horribly wrong. The individual tells you your skills and cybernetic abilities will aid you in your journey to the mysterious individual to help shut down the threat. It all begins in 2114, 42 years after the first System Shock event.

Gameplay
At first the controls are a polished version of the original game. But tweaking the settings allows for a modern version style of play. You will notice that leaning is an option in the controls, this allows the player to peek around corners for incoming threats. This is especially useful for looking for cameras. Security cameras will detect your movement if they are not destroyed fast enough. This will alert many enemies to your position and making it hard to survive. There are two HUDs, the “shoot mode” and “use mode”. “Use mode” is essentially your inventory where you can drag objects into the 3D space to interact with power-up stations and consoles. On the bottom right, there are different buttons that serve different purposes. The disc looking thing opens audio logs that the player has collected throughout the Von Braun. The blue rectangle card opens what access cards you have and tells you what areas you are able to access. The MFD opens all your player-specific skills such as strength, endurance, psionic, agility, etc. Dragging certain objects into the 3D view from your inventory will be necessary, you can’t just click where the object needs to be placed. This game will take a couple hours on your first try. It took me a good 12 hours my first time since I really didn't know what I was doing. This should help you a little, although I don't want to play the game for you, so you'll discover things on your own.

Endurance - Determines your hit points and resistance to toxins and radiation

Psionics - Investing more points into this allows for greater exploration of more psi powers and abilities, this may benefit you depending on your play style

Repair - Repair allows the user to repair broken weapons, most experienced players denounce this as a useless skill since there are plenty of tools to repair weapons instead of wasting your skill points

Research - Research allows you to pick up enemy items and research them to gain perks like increased damage to that specific enemy.

Weapon Skills
Standard - Most important combat skill since most of your early weapons will fall under this category. Having a higher level allows you to use more standard weapons

Exotic - Major disappointment, exotic weapons are introduced way too late in the game but allow you to use very powerful weapons

Strong Metabolism - Damage from toxins and radiation reduced by 25%

Pharmo-Friendly - Extra 20% benefit from all Hypos

Spatially Aware - Automap for each level is filled in

Standard - All around weak damage for all units

Same ammo as pistol (see above)

Laser Sabre (Energy 4, Agility 3) - If you can, use this instead of the wrench when you can

Fragmentation Grenades - All around damage

Proximity Grenades - Explodes when something enters its radius

Crystal Shard (Exotic 1, Research 4) - Strongest weapon in the game, unless you have the points invested already, use the laser saber or wrench instead

Wrench - When ammo is low, use this

Light Armor - Available early on, use it ASAP

Standard Armor - Standard armor gives +30 defensive bonus compared to the +50 bonus of Powered Armor, doesn’t need a power source which is a plus

Heavy Armor - Although it requires 6 strength, it gives a +40 defense bonus

WormHeart - Requires research of 5, stops all toxin damage and heals 1HP every 30 seconds. When removed it fills your toxin meter up

WormBlood - Research of 4, right click on a worm pool to generate full health and also destroy the pool, very useful when you are actually using it

WormMind - Research of 3, converts every 1 of 4 damage you take to your PSI points

WormBlend - Research of 2, Annelids at close range won’t recognize you and attack you, up close they can still attack

Medi Kit - Heals all of your health, rarer and more expensive in Replicators

Food - Godsend in Hard and Impossible, Snacks and Canned Drinks heal 1HP each while Alcohol gives 2HP. Although Alcohol will take away Psi points and cigarettes are useless, they just harm you, like real life

Strength Hypo - Since strength only affects inventory space and wrench damage, you can make the obvious guess for using this hypo

Anti-Radiation Hypo - When entering a radioactive area, the radiation can damage you as time passes, this hypo will take a chunk out of the radiation bar in the bottom left of your screen where you can see how much radiation you have

Disposable Maintenance Tool - Use these to keep your weapon from breaking

Battery - Restores energy to weapons that need it, useful when no recharge stations are around

ICE Pick - Instantly hacks any hackable console in the game

- ALWAYS destroy security cameras, this will save you about 2 minutes of going through hell trying to fight off 20 enemies, which in this game is hard even on the easy difficulty. If you do get caught by a camera, try to get to a console to hack the system and shut them down. 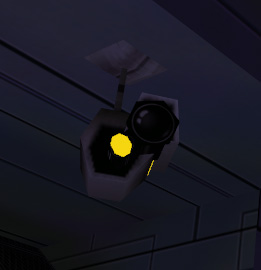 - Save OFTEN, this game has no auto-save so make sure you save often.

- KNOW your PSI abilities and what they can bring to the table. Need a hypo that is far away and an enemy is around the corner? Use Psi Pull. Investing some time to look at all the possible abilities will help your strategies.

- LISTEN to the audio logs. They story is entirely told through the audio logs, so make sure you listen to them as they also provide information about how to advance to the next level.

- Hold down “space” or whatever you have jump bound to and press forward at the same time to literally climb onto crates that are to high to normally jump onto.

There are only 2 known easter eggs in the game. On the third year of your training in the beginning of the game, look to the left instantly and you’ll see a dancing robot. This video shows how to do the basketball easter egg since it requires lots of detail.

Modding
Want to play System Shock 2? Here's a guide on how to download mods to create a HD version of the game and give a new life to the Von Braun.

Conclusion
System Shock 2 is one of my favorite games to date even though it is 17-years old (older than me, jeez), and provides hours of fun and a mystery that will boggle your mind. You can find it on Steam and GOG. Make sure you are on the lookout for System Shock Remastered and System Shock 3! If you have any questions, please feel free to ask below! 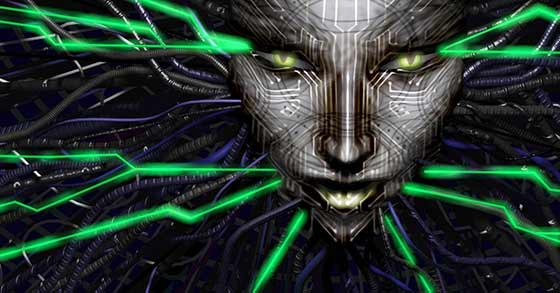 The Beginner's Guide - Who played it? (No Spoilers please)