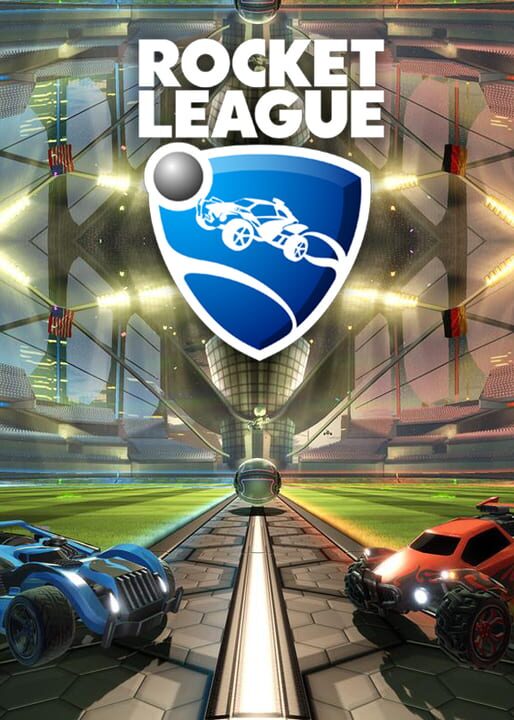 First, the pass will be available on all platforms, and every item players receive from it will be tradable. The cost to unlock the premium tier of a Rocket Pass will be the in-game equivalent of $9.99, same cost as Fortnite’s “Battle Pass,” which is also a time-limited progression system. Psyonix did not say when the Rocket Pass would be introduced, other than later this summer.

The Rocket Pass won’t replace the current XP-based progression system, Psyonix said, and players do not have to buy it in order to unlock content for the ongoing event. The free tier of the Rocket Pass will offer rewards that unlock automatically; those who want more can get it by paying 10 keys ($9.99). They get new customization items, car bodies, premium player banners, premium titles and keys. Psyonix said every item in the premium tier will be viewable before purchasing, so players know exactly what is part of the package.

We estimate that Rocket Pass will take about 100 hours to complete, excluding Pro Tiers. This will vary depending on what else is going on when you're playing -- Double XP weekends, etc.

What are your opinions on all this?
J

Not a fan of the system in the slightest, I understand they noticed the games slowly beginning to die and need one more push to grab as much money as they can out of the game and increase the amount of players for a period of time but I honestly think they should scrap the monthly cost of a pass like fortnite and instead bring in a challenge board to complete e.g. Score so many goals in one day. Score a backwards goal or such etc. Upon completing those said challenges, a set amount or playing so many days in a row completing challenges similar to GTA V Online with extra money, you should receive a limited time cool item or coins to spend towards ingame items e.g. A banner or a car or crates possibly keys to open crates. That's what I'd like anyways. Don't agree with paying a large amount monthly to gain "cool items"
S

JONNY0 said:
instead bring in a challenge board to complete e.g. Score so many goals in one day. Score a backwards goal or such etc. Upon completing those said challenges, a set amount or playing so many days in a row completing challenges similar to GTA V Online with extra money, you should receive a limited time cool item or coins to spend towards ingame items e.g. A banner or a car or crates possibly keys to open crates. That's what I'd like anyways. Don't agree with paying a large amount monthly to gain "cool items"
Click to expand...

The thing with things like those is that if you play with randomers, they won't rotate fully when you need them back as they will just sit up field waiting to score a backwards goal or whatever.
P

Anything Psyonix do I will support.

But no, I actually can’t wait for this, been waiting the past few months for it.
A

Gardzz said:
Anything Psyonix do I will support.

But no, I actually can’t wait for this, been waiting the past few months for it.
Click to expand...

I agree. With how much the game costs and how many hours of fun I've had with it, I'll support Psyonix in any way possible. They've created a game that has brought as much fun as Halo 2 did when I first got it. No other game has done that for me.

And there was another update today:

Yesterday, we pulled back the curtain on Rocket Pass and how it will give you new ways to unlock Customization Items and additional content in Rocket League. Today, however, we wanted to give you an additional update regarding changes to XP and level progression that are coming later this summer.

XP, Levels and Online Matches
Our current progression system tops out at level 75 with the coveted ‘Rocketeer’ Title attached, with each level requiring significantly more XP (and time) to earn than the last. Our new progression system removes the level cap and flattens the amount of XP you need to progress between levels.

How does your current XP and level translate over in the new progression system? Every player who has earned XP in Rocket League will have that XP automatically converted over to the new system once it’s live later this summer (Note: We are still finalizing the conversion logic, so we don't have any additional details to offer there. However, post-conversion, you will still place "at or above" your current level at the time the conversion takes place).

As part of the new system, XP can only be earned while playing Online Matches as Offline Matches will no longer award XP. We’re making this change to ensure that no player can "game the system" to earn levels, titles, and other unlocks without putting in the same time and effort that everyone else does.

Level-Up Rewards
Every time you level-up in the new system, you’ll also earn a random item of "Uncommon" quality or better. This replaces the existing 'random drop' system that we're using currently, and it makes earning these items more consistent and predictable. Of course, you’ll still be able to trade up these free rewards for rarer content like Painted Car Bodies and Boosts.

Level-based Titles will be unlocked at specific thresholds, and most of the old XP Titles will be converted to this new system. You won’t lose access to existing titles like “Rocketeer” or “Legend” if you’ve already reached those milestones. And we’re adding brand new Titles and Player Banners beyond Level 100 to recognize and reward players for their time investment.

Item Slots and Common Items
We’re also changing up how Common items are unlocked on your account. In the current system, you earn one Common unlock for every match you play until you’ve unlocked everything. In the new system, you’ll unlock all of the Common items for a particular slot instantly when you reach enough matches played. For example: you will unlock every Common Topper after 15 matches.

This change won’t affect anyone who has already unlocked all of the Common items, and again, you won’t lose access to anything you already have.

New Experience Mechanics
The new XP updates also bring new bonuses that help you level up faster, including but not limited to:
FAQ
Will crate drops be a part of the Level Up Rewards?

No, crates will continue to drop in the same way they currently do.

I’ve been capped at level 75 for quite some time now - do all those matches get factored in to my new level at the time of conversion?

Yes. Since online matches are part of the consideration for what level you’ll be converted to, players with tons of matches played online after reaching level 75 will convert to a higher level than players who’ve only recently reached 75.
You must log in or register to reply here.
Share:
Reddit Pinterest Tumblr WhatsApp Email Link
Top Bottom