First time RGHing, I followed a tutorial, read the nand twice with my nandX they were the same, programmed the coolrunner (Rev c) for the trinity board RGH2, created ECC, wrote ECC. My soldering looks okay, hard to photograph the connections, but when i try and try and get the cpu key i just get the green blinking light on the front of the xbox but looks like theres no power going to the coolrunner, no led indication that its working? I don't know how to add imaged
N

just upload images to imgur then post links here. make sure the switch on your coolrunner is flipped to normal and not program. that cuts power to the chip.
C

Trying to add the links but se7ensins isn't letting me
N

U don't have to add them using the pic tools above . U can simply copy past the url to the message
C 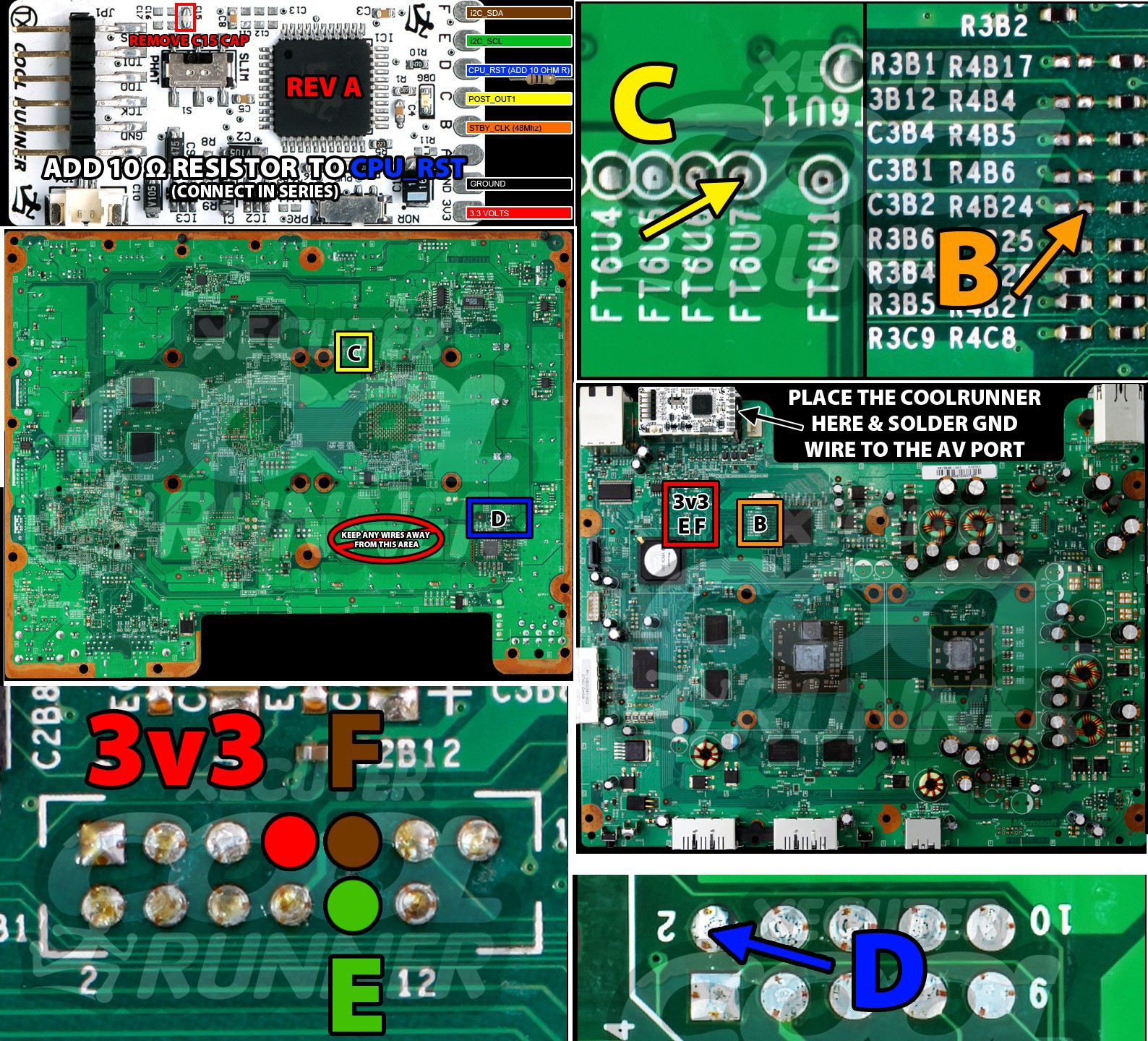 Newsk said:
U have your power and e and f on the wrong side of the header lol
Click to expand...

cheers dunno how I managed that
R

Your correct I drew the wrong points aswell