Online retailer Shopto.net has posted a release date of November 4 2011 for Sony's next-generation handheld, the PlayStation Vita. The UK-based retailer has listed Wi-Fi and 3G versions of the console for pre-order, with UK RRP stated as �229.99 and �279.99 respectively.

In pre-order listings, Shop-To has priced games at �40.

At E3, Sony announced that the PS Vita would be launched "in the global market starting the end of 2011", listing the international prices as:

Worried about the relative price of Sony's new handheld in your region? We quizzed Michael Denny, Sony's Vice President of Sony Worldwide Studios Europe at E3, and he confirmed that - to the best of his knowledge - Vita would be region free.
Click to expand... 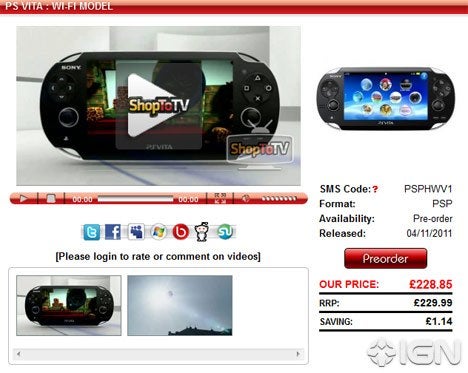