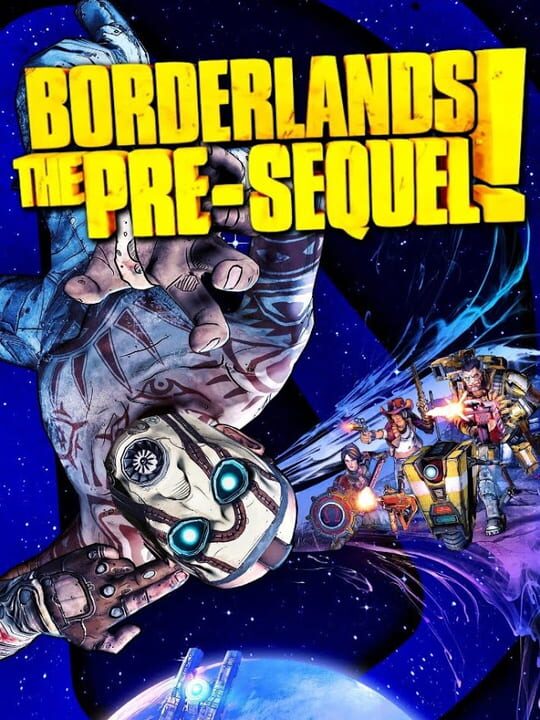 Has anyone else noticed that you can no longer find any multiplayer games for Borderlands TPS with the Xbox 360? I can find games with the Handsome Collection TPS on my Xbox One X, but can not find games for the Xbox 360 version.
K

Between the fact that not many people are on 360 anymore and TPS being a not so great game for the series that would probably be why.
G

I think you are probably right. I can still find lots of multiplayer games for Borderlands 2 for Xbox 360. I guess not too many people liked TPS. I am in the minority I suppose. I for one liked being able to jump crazy distances. It feels weird going back to Borderlands 2 after I play TPS.
G

Apparently there is no cross play between the Xbox One and Xbox 360 which is weird.
K

I didn't hate TPS, but I agree it is the worst one out of the series. I feel like they had some neat new features but didn't utilize them well. Throw on the fact that the playable characters were lackluster and the story was not nearly as memorable as BL1 and BL2 and there lies the problem.

ClapTrap was a meme character. Nisha was way too OP. Wilhelm was just like a reskin of Mordecai. Athena had too much of a learning curve for newer players. Aurelia was too focused on multiplayer to be fun in solo. And Jack was just bland, but imo the best one in the game.

I'm also pretty salty there wasn't a playable siren in the game...
G

Yea, Athena is my favorite character. I like being able to revive players from long distance with my shield. TPS was a short game compared to BL2. BL2 is a massive game.

Who knows when BL3 will come out. I guess I will start a fresh BL2 since there won't be a BL3 for a long time yet.
R

gmskking said:
Has anyone else noticed that you can no longer find any multiplayer games for Borderlands TPS with the Xbox 360? I can find games with the Handsome Collection TPS on my Xbox One X, but can not find games for the Xbox 360 version.
Click to expand...

My Xbox One broke down on me and while I await a replacement I dug out the old 360, I have been playing the Pre Sequel a LOT the past week and have found that there are still people joining my online games but they are very few and far between - I had to restart all new characters and found that the list of people playing online is that small that traditional level based matchmaking has gone out of the window and they resort to just matching you with anyone who is actually online - in the past week I have had 4 people join me, 2 individuals and one pair who must have been playing together, they were ALL much higher levels than me, the pair were 41 and 42, the others were in the 20s and 30s with me being under level 15.

In short they are still out there but there's not many of them, another post had it right by saying they are most likely all upgraded to Xbox1 now - I am always up for some coop though and some extra firepower to get through the story - I have never played through the Pre Sequel before fully so give me a shout if you want to team up on Xbox360 (gt= Raser85)

I am loving the game so far, I am usually a full-on destiny and d2 player and before them I never really played FPS games much, but since my XB1 broke I have started on BL2 and BLTPS and have had an amazing experience playing them both and discovering everything for the first time, When my XB1 is sorted I am DEFFO going to buy the Handsome Jack collection. They are funny as heck, and have epic amount of story missions and side missions, not to mention the endless guns and ways to build your characters - I will always love Destiny but this game has been a nice refreshing change. I can't believe I am only just getting into these games properly now - I tried BL2 yonks ago and got my *** handed to me on the first knuckle dragger fight then abandoned it coz it was too different to what I knew - What an idiot I was
G

I will have to add you to my friends. I am mostly playing with my level 70. I will need to adjust my level down so I can see other players it looks. Yea, I love Borderlands. Definitely one of my favorite games. I am looking forward to the re-release of the first Borderlands. I will definitely get that when it comes out.
Last edited: Jun 19, 2018
You must log in or register to reply here.
Share:
Reddit Pinterest Tumblr WhatsApp Email Link
Top Bottom