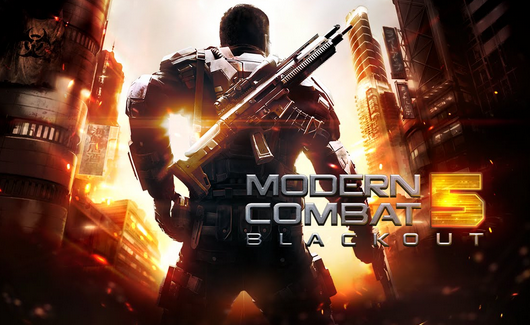 Modern combat 5: Blackout is a new game in the Modern Combat series, developed by Gameloft for iOS and Android devices. This game is not new to the Apple and Android lineup, and has been around for quite a while now. This game is similar to the Call of Duty and Battlefield series, with its army type simulator.

Breaking Records & Single player
The Modern Combat series first launched in 2009 and was developed by Gameloft ever since.
With its similarities to Call of Duty 4: Modern Warfare, many people loved this game. From fast pace action, this game was the best on the apps store of its kind. As it was lacking multiplayer when it was first released, it had made people dislike the game for that reason. The story starts with Chief Warrens that loses his squad after being injured and being held captive. After Chief Warrens reunites with his group, he has a huge battle to face, breaking through the sandstorm of the Middle East. The story line has gone through all games in its series, all the way up to the new Modern Combat 5: Blackout. Finally, in the beginning of 2010 multiplayer was first added by popular demand, again reaching number one on the App Stores for Android and iOS. This is one of the best first-person shooters at the time and continued till the new release of Modern Combat 2: Black Pegasus. Of course, Gameloft did it again; with the new release of Modern Combat 2 it hit the top once again. This lead to Modern Combat being a game to look forward to, over and over again. With Gameloft's series being popular, they made it all the way from 2009-2014, with its same series, Modern Combat.


Revealed
On June 6th, 2013, Gameloft revealed there new upcoming game, Modern Combat 5: Blackout.
The reveal was followed by the E3 Trailer which was stunning, brand new HD graphics. It had plenty of multiplayer action, well scripted scenes, and most importantly, shooting. Initially, the game was supposed to be released in late 2013 but, it has been delayed until mid-2014.

New "Unified Progression" System
Modern Combat 5 has a new unified progression system, which means that you could unlock your perks and guns in both single player and multiplayer. A lot of other games don't use this "technique" but Gameloft is taking a new approach.

Classes
The classes are as follows. The first class is, "Assault", an aggressive medium-range class that utilizes assault rifles and pistols. Secondly, there is "Heavy", a durable close-to-medium range soldier proficient with shotguns and RPG's. Third, is "Recon", the fast and sneaky class who excels at close range combat and uses SMG's and pistols. The last class is "Sniper", who as you can imagine is good at long-range combat and uses sniper rifles and pistols. As far as it stands there is only four classes, though may more be added through new updates.
Lucky you, you won't have to pay-to-play. It was confirmed that Modern Combat 5 will not have any In App Purchases. 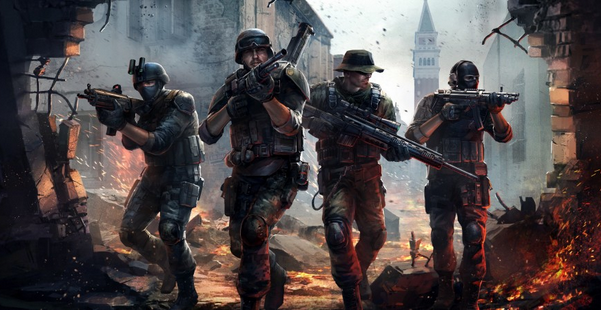 Multiplayer
There are pretty basic game modes in the multiplayer portion of the game. The game modes will support up to twelve players in a game with six players on each team. There will be four different modes, Capture the Flag, Free for All, Team Battle and VIP. The only thing that has really changed is the "Team Battle" game mode. Gameloft said they will be including a new Squads vs Squads feature. Overall, this game will fill your needs with its single player and multiplayer action, and will be released July 24th, 2014. If you would like to see some gameplay please look at the video below.


Source 1= http://toucharcade.com/tag/modern-combat-5/
(For some reason it wouldn't let me link the source)
Thanks to OG Phantom, Sparfire, and Atlas for helping me with little things.
Last edited: Jul 22, 2014

Hi M Mammoth . Thanks for the submission but unfortunately this is not what we want on the Homepage.