Confirming now there are more then just one iso


I will keep updated throughout the day 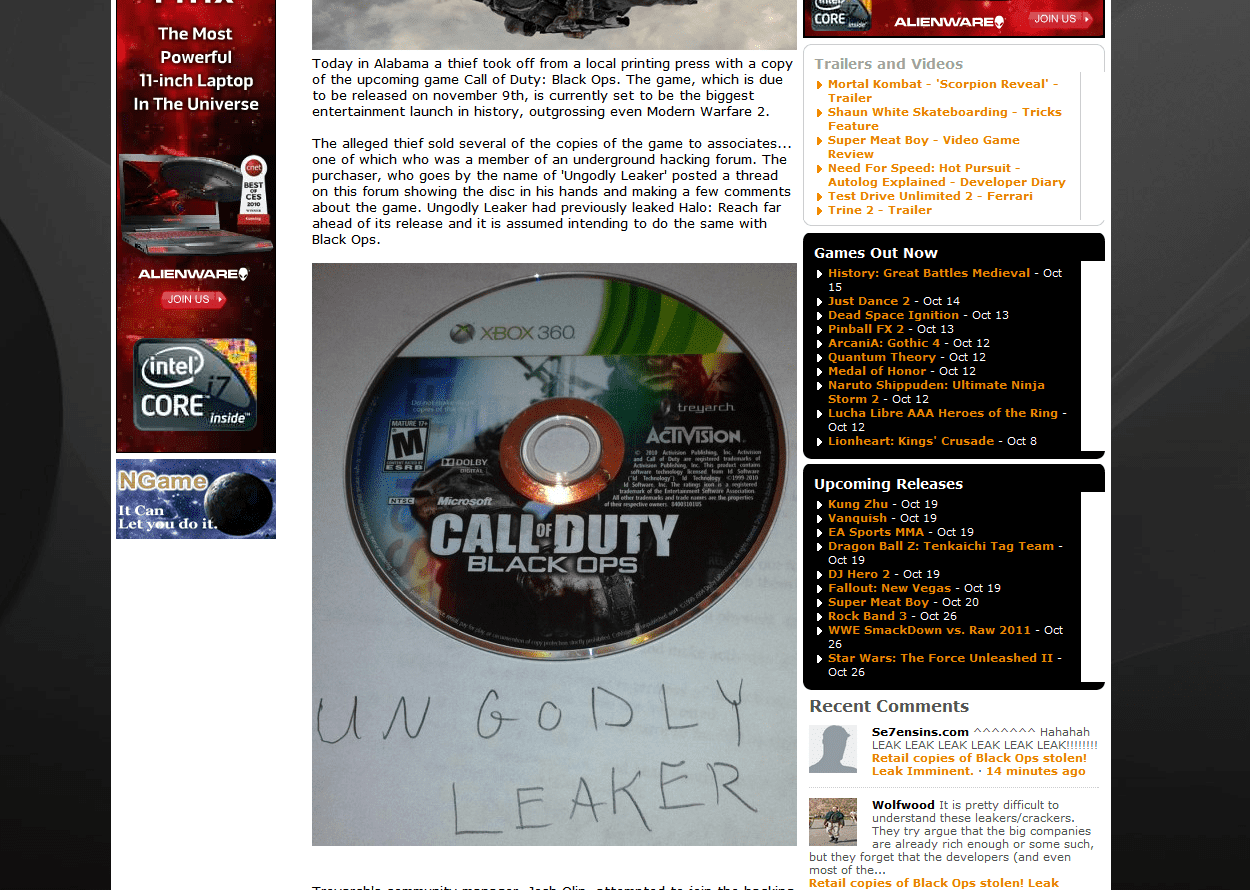 Sorry If This Has Been Posted Before

The alleged thief sold several of the copies of the game to associates... one of which who was a member of an underground hacking forum. The purchaser, who goes by the name of 'Ungodly Leaker' posted a thread on this forum showing the disc in his hands and making a few comments about the game. Ungodly Leaker had previously leaked Halo: Reach far ahead of its release and it is assumed intending to do the same with Black Ops.

(image removed due to copyright claim from Activision)

Treyarch's community manager, Josh Olin, attempted to join the hacking forum and negotiate with the people involved, as well as those who had dealt with the Beta Leak, but was subsequently banned from the entire forum. Regardless, he was able to get in contact with several members outside of the forums realms - one of them, a regular on the forum known as 97SIRHB, was contacted via twitter.

(image removed due to copyright claim from Activision)

For several hours, 97SIRHB's twitter account was followed by Josh Olin - who only follows less than 100 of his 80,000 followers. During this time they swapped AIM details, and talked over the phone. 97SIRHB then posted on the forum, revealling publicly that Josh was seeking information on the potential leakers and that if the game was leaked, that he would make sure the entire site was shut down.


The game, if leaked, poses to cause both Activision and Treyarch a large amount of financial harm; however a similar incident which occured last year in regards to Modern Warfare 2 was quickly quelled by private investigators and police before it could get out of hand.

As of yet it is unknown as to whether the game will be leaked in its full form in the coming days or not, but we will keep you updated as the situation progresses. '
O

iE L e c T IR o said:
Sorry If This Has Been Posted Before
Click to expand...

i hope this is true
S

we will see
S

Mr Blonde said:
You're all pathetic.
Click to expand...

Mr Blonde said:
You're all pathetic.
Click to expand...