Capitalism is a dirty business 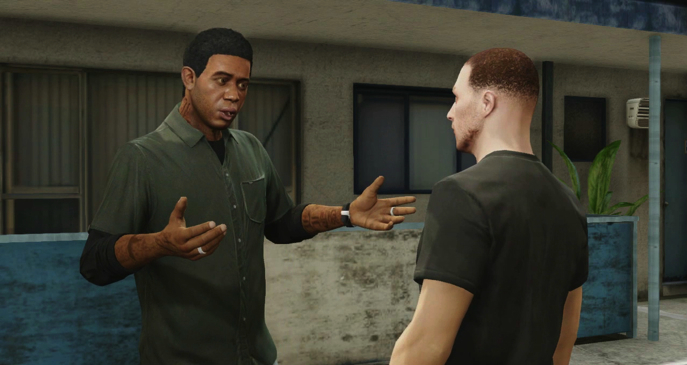 Gerald "Slink" Johnson plays the role of the eponymous prophet in Black Jesus. The show is set in present-day Compton, California, with Black Jesus looking to "spread love and kindness throughout the neighborhood with the help of his small but loyal group of downtrodden followers," according to a press release. Black Jesus, which is executive-produced by The Boondocks creator Aaron McGruder, also features Charlie Murphy (The Chappelle Show), John Witherspoon (Friday) and Kali Hawk (New Girl).

In Grand Theft Auto 5, Johnson voiced Lamar Davis, the gullible and incorrigible but ultimately lovable best friend of Franklin Clinton, one of the game's three protagonists. You may be interested in this supercut of Lamar's best lines. Grand Theft Auto 5 was released last September on PlayStation 3 and Xbox 360, and is scheduled to be available this fall on PlayStation 4, Windows PC and Xbox One.

Ten episodes of Black Jesus have been produced. The half-hour series will premiere at 11 p.m. ET on Aug. 7. For a first look, check out the trailer.


What do you guys think? I think this is gonna be hilarious. And of course offensive to some people

EDIT: Vine star King Bach can be seen at 1:15 in the trailer.

Capitalism is a dirty business

Close your eyes and listen closely,

Definitely looks like the show would be pretty funny to watch. You can definitely tell it's Lamar as well

The empire on which the sun never sets

The numbers, what do they mean?

I kinda don't see Lamar's resemblance, but that may be because he's playing a role. I think I would love this show, I'll be sure to watch it the first day it premieres.

bringing back that black satire that drops hidden truth like good times...nice...