Hardware Mods How to take apart an xbox 360 vision camera

How to take apart the xbox 360 vision camera to install leds!

This is my first tut, so if im missing anything please let me know. Thanks. =]

This is alot harder then installing led's on a controller or rf board. So practice on other things, "And keep your tip clean"


Step 1: Take the gray peice off the front of the camera. (It will come off pretty easy)

Step 2: Once that part is off, now the front half of the camera will come out.

Step 3: Get something flat (not sharp) and put in between the 2 halfs. Just pry
both ways. Do this all the way around the camera. Until you can see the clear
plastice peice. Then pull the front peice away from the back half.

Step 4: Once that is off you will see the board in there with the black peice connected to it. Take the 2 screws out. 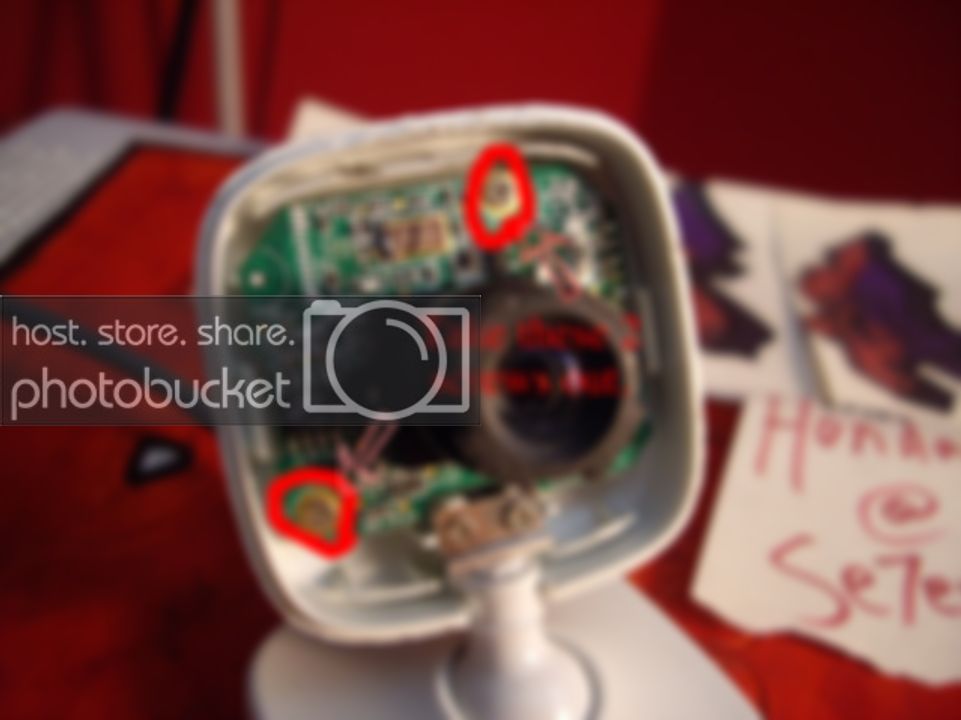 (look at the picture or video). Once those 2 screws are out the board will come off the back half of the camera. Pull the plug out the back of the board so you can move it freely, The black peice is still there.

Step 5: Turn the board around and there is 2 screws holding the black peice on. Take those out and remove that black part. Carefully, you dont wont to hit the lens! You will now see the 4 leds. 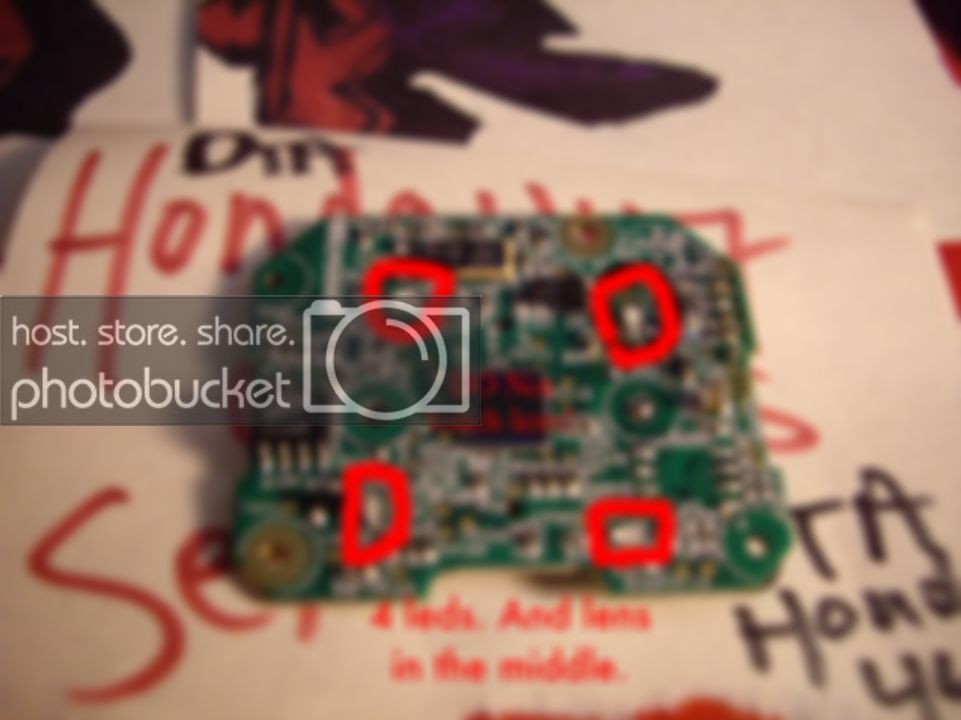 Modding part
Then you will see the 4 leds. (DO NOT APLY REALLY ANY PREASURE) Put some solder on ur solder iron then gently move it along the led. It will come off in a few seconds, (Removing the leds is the hardest part so be patient) once there off its easy. Have your xbox 360 on and your camera plugged in. (so you know if the leds are on the rite pads) they will light up if on the right pads. If not turn the led around. Then i unplug it and solder one led at a time. Take your time soldering them.
I have a video showing how to do it. But i will write the steps here also. ^Above^


If you need led's, i sell them. So check out my shop in my sig.
If you need some help my AIM: DTAiMOD

I hope i helped. Im not responsible if you ruin your xbox 360 vision camera.

nice tut,
i wish you could mod the camera to add a microphone

nice tut tho bro
A

is that screwdriver from a tech deck

Sweet, I was waiting for this! Great job.

Afatassninja said:
is that screwdriver from a tech deck
Click to expand...

LaH x MaH said:
Sweet, I was waiting for this! Great job.
Click to expand...

Do you think it would be a good idea to put this into the faceplate of the xbox so it has a built in webcam kinda? I mean, you'd still have to plug it it but, you could probably figure out a way to not make it look retarded.
D