Solved Help with the process of JTAG

So I bought this JTAG box from iMoses. It was "dead" because he erased the nand during the process of JTAG. It does not turn on at all and LPT cannot detect flash controller. I bought it and shorted the nand, now it can detect, so I flashed the original nand back, and flashed xellous. Right now when I press the power button and eject button nothing happens just like before but if I plug in a wired controller, two lights on it are flashing, 1 and 4. I tried with the original nand only with jtag wires on and removed, still doesn't turn on. I read the nand and compared with the original, they do match. I don't know what to do to turn it on. Please help.
Sort by date Sort by votes
K

Try using a wired controller, not a plug and play kit, connected to the back usb port and using the yellow rca connector not component or hdmi. make sure you are using the correct version of Xell. Get the cpu key and try rebuilding your own version of freeboot. If still a problem post pics of the jtag wireing.

What do you mean you removed the jtag wires?
Upvote 0 Downvote

I already used a wired controller. The light on the controller flashes (1 and 4). Cannot turn it on with the controller. I tried regular AV cable no luck. I'll post a JTAG wire pic.
I already flashed in xell and it still won't work. 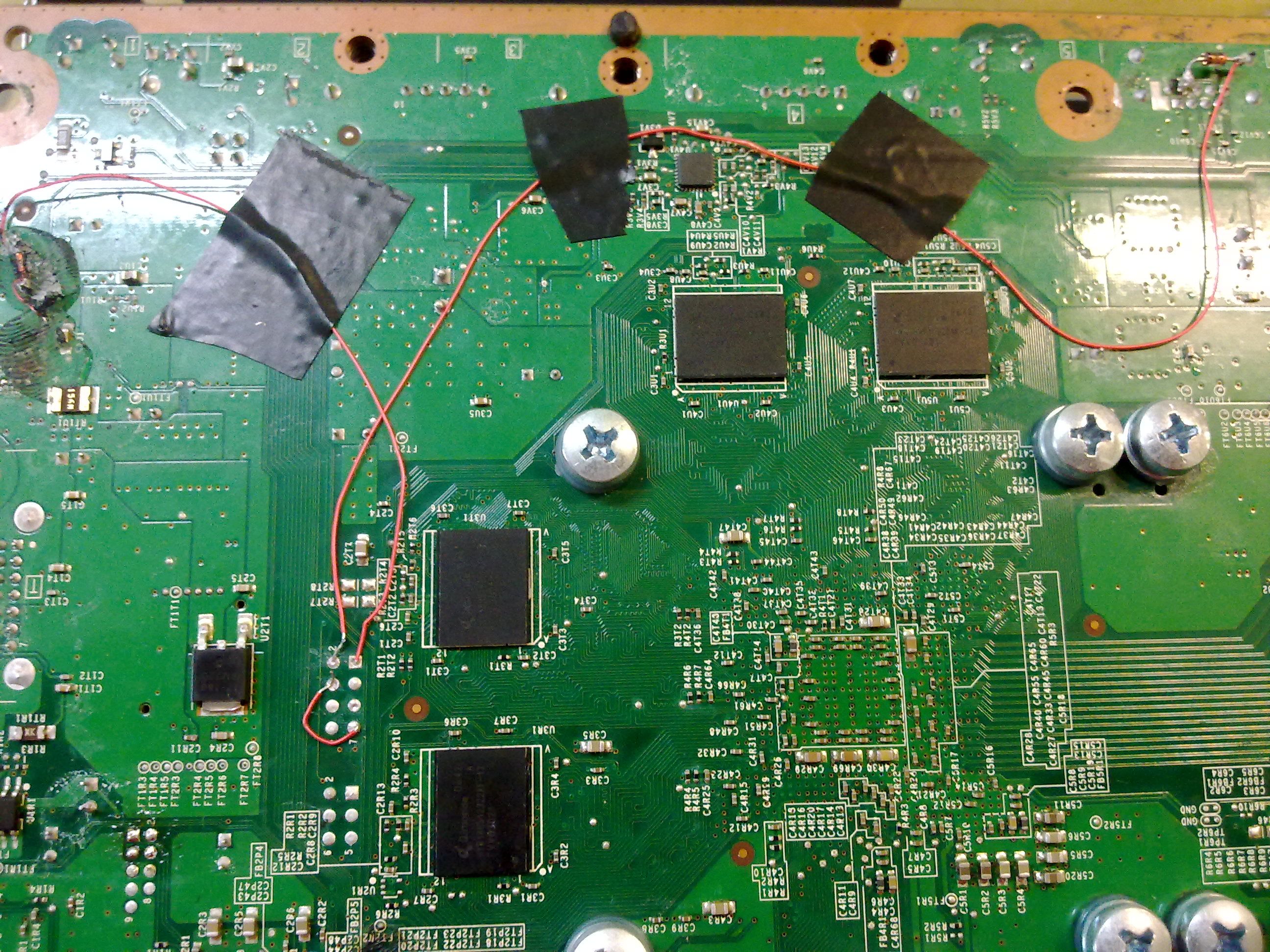 that is some s*** soldering, i would update the SMC for a more stable jtag

I updated SMC still won't turn on at all!! orz Is this completely bricked?
Upvote 0 Downvote

Solved In the process of jtagging need help

Solved Alot of help with Jtag =/