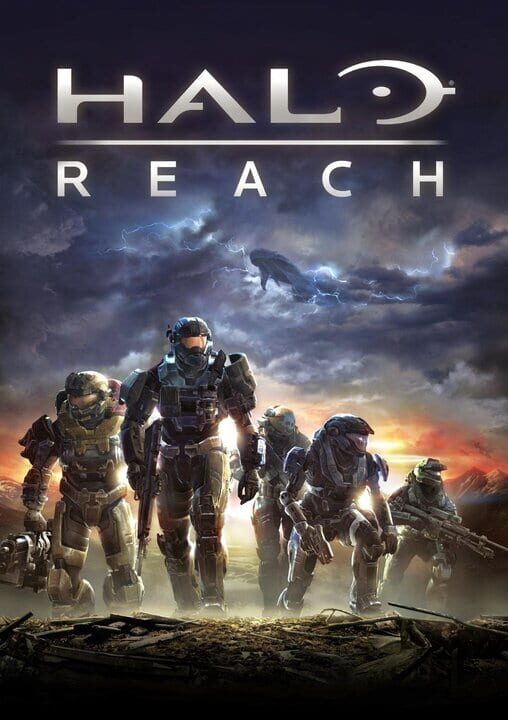 For anyone who wants to see it, here it is. Or go to :
http://www.343industries.org/forum/topic/9603-halo-reach-june-matchmaking-update/

Quoted and taken from 343industies.org, all rights and copyright go to their site.

Next Tuesday, amidst the craziness of E3, June’s matchmaking update is slated to quietly roll out. While you’ll probably be busy soaking in all of the Halo 4-related goodness, at some point you’re going to pop your Reach disc in and notice things are slightly different. To make sure you’re adequately prepared for that moment, here are the specifics of your next Halo: Reach matchmaking playlist update.

Some people prefer Invasion over Infection (less itching and red bumps, or so I’ve heard…), and those people in particular will love what June is bringing to the table. The Invasion default game type was added, as were the following maps: Refinery, Overgrowth, Broadcast, and Floodgate. This playlist was also reduced from 4-player to 2-player split screen to help improve overall performance.

The map Temple was added to SWAT. The voting options were also reorganized to have “SWAT” in slot 1, “SWAT Magnums” in slot 2, and a SWAT objective variant in slot 3. Less important is the change from a one-headshot kill to a ten-headshot kill.

Okay, that last part was a lie. But the rest was totally true. Honest.

Two new maps, Federation Square and Illuminati, were added to Grifball, and Hyperbaric was updated to fix the health pack glitch. A credit stimulus based on win-scaling was also implemented. Basically, that’s a fancy way of saying victorious teams will receive double the normal win bonus. It’s also a nice way of saying STOP STAT-PADDING. (Mike paid me to say that. Speaking of which, time to pay up, buddy.)

Four maps were updated this month. Specifics are as follows:

Zombie Ghosts, a brand new game type made by a rather sadistic fellow named Thomas, was added to Living Dead. From the creator himself:

"Zombie Ghosts is, simply put, a small modification of Infection's Alpha Zombies game type - and by small, I mean that the Infected are now invisible and on fire. These avatars of fiery hugs wield the mighty Golf Club as they bring joy to the hearts of all around them. Unfortunately for them, however, Spartans are interested in neither golf nor invisible, fiery hugs, and sport the powerful Focus Rifle of Infected Slaying ™ to deter such actions."

- Based on Alpha Zombies, so starting ghosts get infinite Sprint to make things just a little easier.
- Infected are now invisible and on fire.
- Infected use the Golf Club, which is a variant of the Gravity Hammer.
- Spartans use the Focus Rifle and have the Plasma Repeater as an emergency back-up weapon, as everyone knows that energy weapons (and punches to the face) are the only way to deal with uppity ghosts.
- Damage and toughness have been extensively tweaked for both Spartans and Infected to balance the play experience.
- Friendly fire has been turned OFF for this game type, as having a horde of Infected running around with golf clubs would be ridiculous otherwise... "
You must log in or register to reply here.
Share:
Reddit Pinterest Tumblr WhatsApp Email Share Link
Top Bottom