This is not my picture, but this is the exact issue I am currently having. 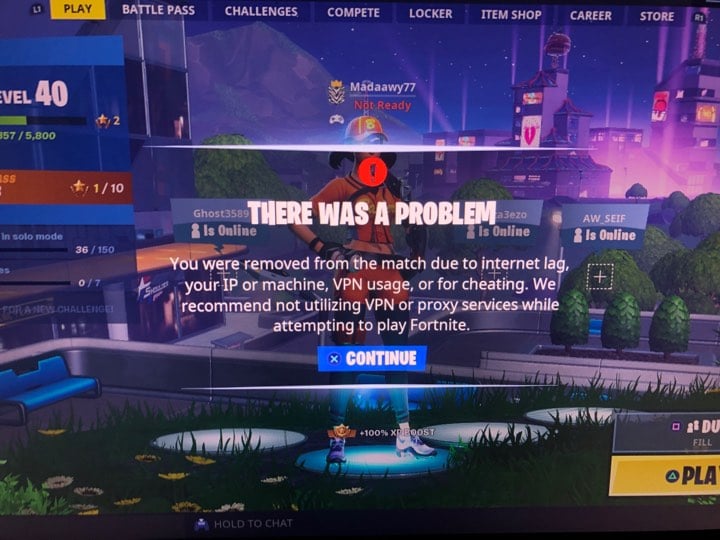 I have watched extensive youtube videos and guides on how to fix this issue but nothing has worked.

I would not imagine I am IP banned as I have never cheated throughout the game, and was working perfectly fine just about 3 weeks ago. I can get into a match, jump off the battle bus, land, and get a gun. But just about before the first storm starts to move, I get removerd from the match.

Note: I can use all other laptops, PlayStations, phones, and Xboxes to play. My desktop is the only device on my network having this issue.

I have tried numerous amounts of fixes to see if ANYTHING would work.

I am honestly at a loss right now. I have seen MANY people have this issue but never a resolution. Can someone please attempt to come up with a solution with me, as I can no longer think of anything else this issue could be related to.
S