As well as Races, Deathmatches and Captures, the huge array of Jobs available to play in GTA Online includes Contact Missions where you can team up with others online and earn GTA$ by stealing military hardware, busting drug deals, assassinating would-be rats and much more.

We've identified the five Contact Missions that players find to be the most challenging and laid out our tips for beating them. As there are lots of ways to approach any mission, some just effective as others, we have opted for those that are fun and rewarding to execute as a team, as well as being sound strategies for success. All of these missions were played on Hard for maximum challenge and return of RP and GTA$. Our players were all of Rank 100+ but bear in mind that some of these Jobs are only unlocked at certain Ranks. 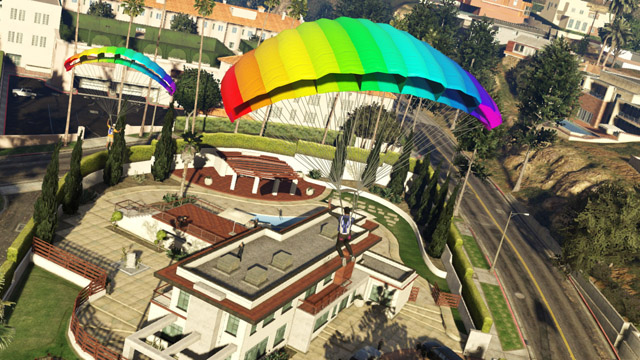 An old associate of Martin Madrazo is trying to testify against him. Martin wants him gone and he wants proof the job is done. Trouble is, the target is barricaded in his mansions and surrounded by guards.

It's not just the guards you have to worry about here: the cops will be alerted as soon as you enter the mansion and will be there in seconds. This makes it very difficult to attack from the ground, since there is only one entry point to the mansion and you'll have heat coming from all angles. Our recommended approach is to take a helicopter and drop one player off on a neighboring rooftop. Then, as the helicopter hovers over the mansion, this player can take out the two guards on the mansion roof using a sniper rifle. When this is done, two of the players in the chopper can parachute to the mansion roof and hold down cover positions, while the helicopter pilot retreats and the sniper continues to fire on the guards from range.

When the evidence is in hand, the pilot can return to pick up the players inside the mansion and deliver them to Madrazo. You'll have to lose your Wanted Level first, which you can do by flying to a secluded location or giving Lester a call. 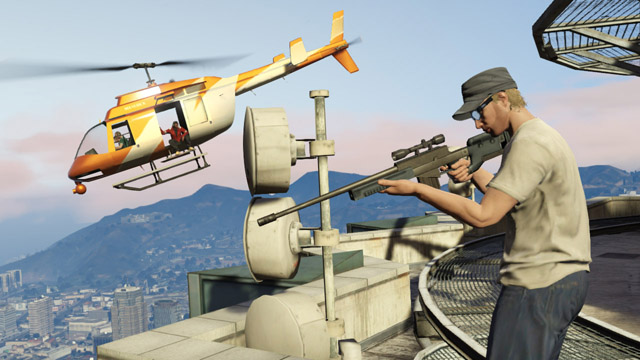 Lester requires some documents that are about to change hands on top of the under construction Mile High Club in Downtown Los Santos. Your job is to take the documents to Lester's warehouse.

A helicopter is essential for this Mission. One approach is to land on top of the Maze Bank tower and snipe all of the guards on the neighboring Mile High Club building from there. But our recommendation is for three players to parachute directly onto the Mile High Club, ensuring to land in a cover position, and take a more direct approach while the pilot retreats to the Maze Bank and provides sniper support from there. When the guards are clear, grab the suitcase and get ready to take out the enemy chopper. The best way to do this is stay on the same floor where you collected the suitcase, since the concrete pillars provide better angles of cover. Your support helicopter should be ready to pick up the player with suitcase and transport them to the Warehouse for the dropoff, but they can also assist by distracting the enemy chopper if the players on the ground come under heavy fire. 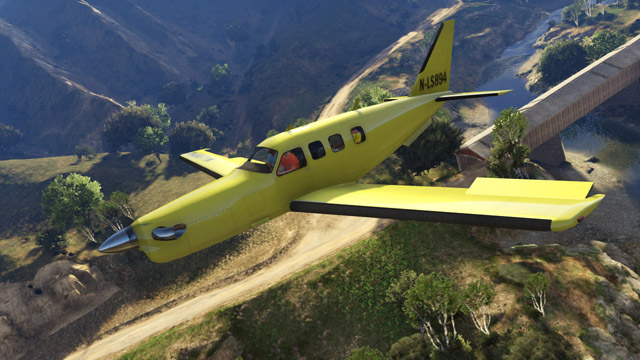 Trevor Philips Industries are looking to expand their fleet with a Cargobob. They need you to steal one from Fort Zancudo and are willing to lend you a plane to get there - as long as you keep it in one piece. You're also going to want to take out the fighter jets so that they can't come after you.

The choice spot to land the Velum is the runway to the west side of the base as there are fewer patrols there and it will allow all players to get into position without drawing too much initial attention. Have one player parachute onto a hanger en route as it offers massive potential for snipers. A solid plan for taking out the Lazers is to grab a Barracks and drive fast past all of the jets, planting a Sticky Bomb on each as you pass. Remember to only detonate after you have planted all Sticky Bombs and are in position to storm the hangar, since the explosions will bring reinforcements.

It's time for one designated player to infiltrate the hangar and steal the Cargobob. This may sound like a tall order for one player, but it is manageable with the other three distracting most of the guards outside. Defending players should try not to bunch together, since this will make them an easier target for the guards.

Approach the hangar from behind, as there are more cover opportunities there. Enter carefully and take out the guards inside, then make a run for the Cargobob and get out of there as quickly as you can. It also pays to have a Plan B in mind, talking as a team via headsets and deciding who is going to break for the Cargobob in case the first player doesn't make it.

Once you're clear of the base it should be a straightforward cruise to Sandy Shores Airfield. Just be careful not to mess up the landing! 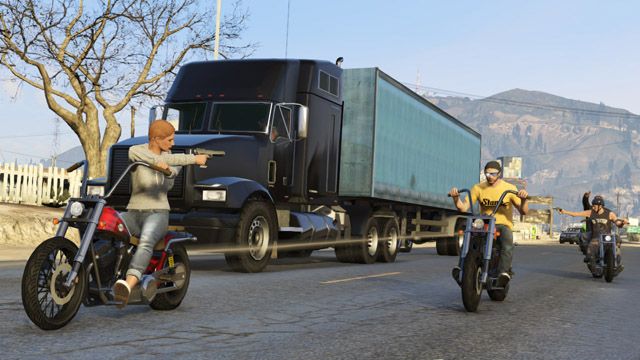 Ron's contact is looking to take a big shipment of weapons over the Mexican border and there's a slight chance they won't be used for something totally horrendous down there. You must steal the trailer currently in the possession of The Lost at the cement works in Harmony and deliver it, in one piece, to the buyer at Catfish View boatyard.

This mission is against the clock so it's important to be quick and efficient. Our recommended approach is for the four players to split into two pairs: two players attacking from the north of the boatyard and the other two approaching via a gap in the fence to the north-east. Not only will this split the attention of the guards and halve their powers of protection, it will give the two guys near the gap in the fence a clear view of the trailer. As soon as there's a clear path, they should break cover and make a run for the truck while the other two continue to fend off the attention of The Lost.

Reverse the truck to attach the trailer and then drive straight out of the cement works, following the minimap to the destination. You're going to want to stick to the roads, given that you're against the clock and you're going to be pursued by motorcycles that will have a distinct advantage off-road. As you make your break two guards on motorcycles will come after you. The two non-driving players should take them out quickly and steal the motorcycles in order to provide a fast and agile convoy for the precious cargo, which is going to come under fire en route to the boatyard. The truck driver should take out any motorcycles ahead, since they're going to be more of a nuisance if they get in behind you, and in a head-on collision truck beats bike every time. On arrival, use the mounds of gravel behind the compound to approach unseen.

It's not quite over when you get there either: you're going to have to protect the trailer from a wave of angry Lost soldiers. Make sure each remaining team member is in a good cover position, bearing in mind that all enemies will be coming from the road to the West. Make the most of this bottleneck and take them out before they get close to complete the Mission.

Be a patriot. Buy American, steal foreign. A rival crew has a fleet of top-end motorbikes at the Maibatsu factory earmarked for an upcoming job. You can sabotage their plans and make some money in the process by stealing the bikes and delivering them to the drop-off.

For this Contact Mission, players will be split into three set roles - Transporter, Sniper and Lookout - and you can decide to assign specific players to these roles before the start of the Job. Our recommended approach is for everyone to head to the back of the factory via the grassy bank on the corner of Vespucci Blvd and La Mesa. First allow the Sniper to get into position using the discreetly placed ladder to the side of the factory. Then the remaining three players can fight of the guards, being careful to stay in cover and relying on scope support and headset guidance from the Sniper. Be careful not to get the trailer caught in the crossfire, as the Mission will fail if it is destroyed. When the coast is clear, one of the Transporters jumps into the trailer, while the Lookout and other Transporter grab a car and provide an escort all the way to the drop-off in case of enemy roadblocks.


We hope you find these Contact Mission tips useful and feel free to let the community know if you take different approaches in the comments.
Click to expand...

thx for reposting from the newswire.

haven't seen this, thanks m8

_apache , thanks for the tips .
Any word on whether they will release a 6+ player mission?

_apache , thanks for the tips .
Any word on whether they will release a 6+ player mission?
Click to expand...

Nothing I've heard of yet anyway, unfortunately.

Ok, I was just wishing but it would be awesome to have some missions like that.
Rolling deep in the lobbies sometimes.
N

EasyKillEasyLife said:
thx for reposting from the newswire.
Click to expand...

I really do appreciate people who posts stuff like this. I HATE digging through their site. I never do find the content like this when I look. I'd rather have it at the place I frequent the most. Thank you _Apache for saving me some time and informing me.
You must log in or register to reply here.
Share:
Reddit Pinterest Tumblr WhatsApp Email Share Link
Top Bottom