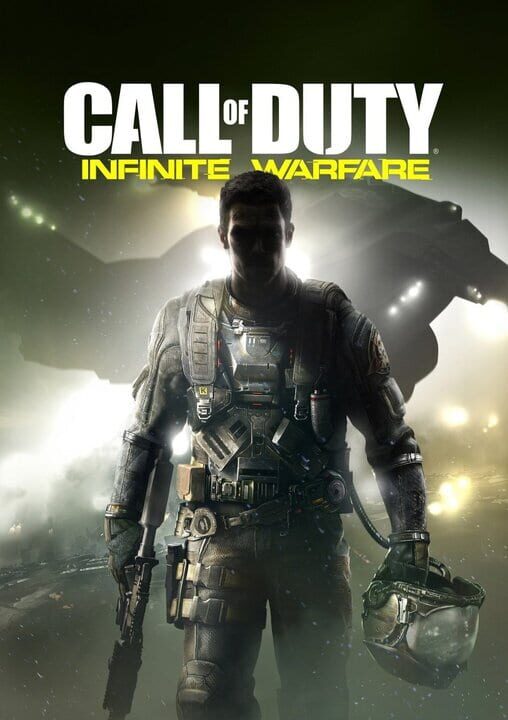 Since the release of trailers, multiplayer gameplay, and soon to be leaks, this thread is for all complaints relating to any Infinite Warfare information. All complaints must go in this thread, or will be dealt with accordingly. Try to keep it civil.

I thought it would be best to make one big thread for users to reference to and to cut down on several stickies to look through when basically having the same problem(s). From now on, if you see a thread that is relating to being banned or suspended, please report the thread and it will be moved here.

This thread should be used for:
All I ask is to stay on the topic.

Who thinks IW looks like a Call of Duty downgrade game, for me it's looks like I'm playing on a Xbox 360 instead of PS4...graphics looks really downgrade to me. What u guys think?

Now I know why to much hate for this game, After trying the Beta Game looks Horrible.
Last edited: Oct 15, 2016
R

Xbox one? Mate its not even out on Xbox one so I don't understand what you're talking about. It will probably look worse on Xbox one anyway because it's not going to be 1080p, but I agree infinite warfare looks like ****. Deffo not a downgrade because it always looked trash from the beginning.
L

Why make it a closed beta? I feel bots are stealing these codes from the top thread and no one has a chance to use them.... I'd rather have a MWR beta
R

Razor sean said:
Xbox one? Mate its not even out on Xbox one so I don't understand what you're talking about. It will probably look worse on Xbox one anyway because it's not going to be 1080p, but I agree infinite warfare looks like ****. Deffo not a downgrade because it always looked trash from the beginning.
Click to expand...

Sorry mate, I edit already. Yes I mean On Ps4, but yeah game looks horrible even the sound on the main screen game sounds like on in a funeral. Am I try to buy Remaster separate if I can.

xCHIxTOWNxCITYx said:
Sorry mate, I edit already. Yes I mean On Ps4, but yeah game looks horrible even the sound on the main screen game sounds like im in a funeral. Am I try to buy Remaster separate if I can.
Click to expand...

Reconnected said:
Is it me or does it have a little feeling like "COD Ghosts"
Click to expand...

After playing the beta yeah it feel like Ghosts but with caca on it. Lol
P

Lol this game is pretty bad the levels are boooring
R

So bad .bs quick scoping where kids are just spinning off ****, one hit to the foot great game .
Cancelled my pre order no way am i wasting 70 gbp on this crap..
S

XB1 beta has A LOT of lag and is unplayable in some matches. I was on a 24 kill streak in Frontline and the game started lagging really bad, I died 10 times and went 30 and 11. This needs to be fixed ASAP.
S

okay i have to try this out.
N

So close but yet so far

been destroying kids with the widowmaker

, honestly for me as a sniper person best game I've played, can't wait for the full game to be out (intervention)

C00Kii3M0NSTA said:
Did you pre-order? that might be why.

Took about half hour to download the 20 or so GB. playing it right now!!
Click to expand...

Yes, I have had a little go too easy going 30-40 to 5/10 max! to many campers and cod isn't cod anymore. All the futuristic rubbish! Cod 4 remaster would be the one for me! Hate all the jumping stuff! Only managed to get level 500 on bo3 9 days game play witch isn't bad but that's because I go on when double do is around
N

Don't forget about the KBG sniper it so funking op, make me wanna kms!
S

I came into this not knowing what to expect, and purposely not letting myself get hyped up. I jumped on the beta for the first time yesterday and, I really enjoyed myself. I have been using an XIM4 and it works perfectly on this game. I have tried a lot of the guns and none of them seemed horrible. Kill streaks are interesting. Maps seem ok, not nearly as hectic and badly designed as Ghosts maps were.

One thing I don't like is the UI elements(main menu, icons, etc), the main menu is really ugly and bright and the icons for perks and stuff are low res. Calling cards could use a redesign also. Hopefully that stuff is better for launch, as I've already preordered the game.

So what's the 7s community's opinion on the game? Please be respectful, let's have a civil discussion please lol
N