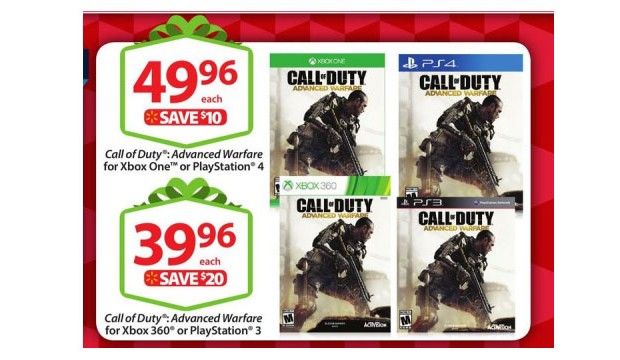 Black Friday is fast approaching, as many retail sites have posted their ads online already with the deals they will have this year. We’ve outlined the deals that each retailer will have below. The sales below are valid from November 27th through the 29th.

Microsoft Store – also states that they will be discounting the Xbox One Limited Edition Advanced Warfare console and Call of Duty: Ghosts; exact price reductions haven’t been posted on their sites.

In addition, for those wanting to make the jump to PS4 and/or Xbox One, there’s a wide variety of sales for those as well. You will be able to get an Xbox One for as low as $329.99 or a PlayStation 4 (with Grand Theft Auto V and The Last of Us) for $399.