Every day hundreds of new apps make their debut on the App Store, and hundreds more are updated or reduced in price. We have sifted through the noise and highlighted those select few that might be worth your attention. 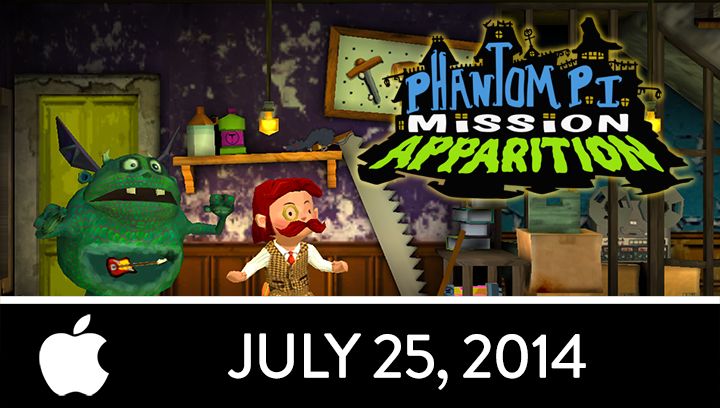 The afterlife isn't all that grand when you're a ghost who's being bullied by other spooks and specters. Enter Cecil Sparks, the Phantom P.I., who's made it his mission to ensure the deceased are able to rest in peace.

Speaking of the afterlife, Dream Revenant takes place as its main character lies on the verge of entering his – he's on his deathbed in a hospital and has to explore his own subconscious to solve a 40-year-old mystery that's been plaguing him since childhood:

The gang from Regular Show is back for a new adventure, this time unleashing the power of pranks on their nemesis Gene:

This one looks brilliant: four players on a single iPad, with everyone controlling a ship as in the arcade classic Asteroids. Be the last one not a-sploded to win:

That’s it for today!

PreSnow , but this definitely does not belong on the Homepage.