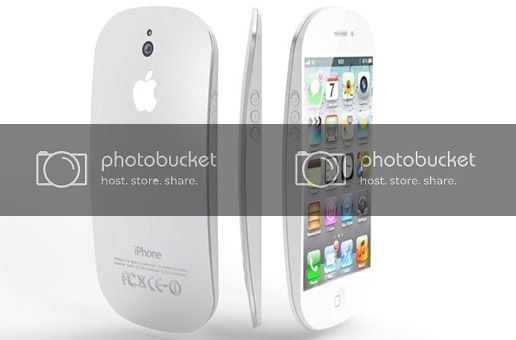 The iPhone 5 is coming and it's coming soon. Earlier this month, Apple filed a complaint with the World Intellectual Property Organization over the use of the iPhone5.com domain by a third party. That pretty much guarantees - as if we couldn't have guessed - that the company wants the name 'iPhone 5'.
This week, the web has been abuzz with new rumours that Apple will, after all, announce the iPhone 5 at its Worldwide Developers Conference (WWDC) in June. Although last year's announcement of the iPhone 4S didn't happen until October, the WWDC has historically been a place for Apple to make big announcements - so an iPhone 5 announcement there would be something of a return to tradition for Apple.

The iPhone 4S bettered its predecessor is several ways, with new features including Siri, the voice-controlled search tool, a much better camera and a notably nippier processor.
But it's the 'true' successor to the iPhone 4 that Apple fans are really waiting for. So what can we expect from the incoming iPhone 5? Here's the buzz from across the web.

A bigger screen
Larger-screened phones are becoming the norm and the expectation is on Apple to beef up the size of its next iPhone's display. That 3.5-inch screen is starting to feel a little cramped - especially when stacked up against competition such as the 4.8-inch HD screen on the Samsung Galaxy S3.
"Considering the moves made by the rest of the smartphone industry to increase screen size, it will be interesting to see whether Apple follows suit," says Luke Peters, editor of gadget magazine T3.
- How much we want it - 7/10
- Probability factor - 7/10

The iPhone 5 will be complemented by the iPad Mini
But the iPhone 5 may not make its September debut alone. Apple is also rumoured to be readying a slimmed-down iPad Mini later this year, to complement the iPhone 5.
Venturebeat claims that the iPad Mini will feature a 7.1-inch screen, with Apple apparently already buying up these smaller screens from manufacturers.

A faster, more powerful processor
This one is pretty much a given, particularly if Moore's Law is anything to go by, which predicts a doubling in the speed and power of a device's processing chip every 18 months. In real-world terms this means faster, better gaming and apps. Which is, of course, top news! Expect to see a quad-core processor arrive in the new iPhone 5 - most likely called the Apple A6
"There has been a spec-surge of late, with the likes of HTC and Samsung releasing the most powerful phones we've ever seen," says Peters. "If Apple wants to win over Android users, it will need to match, if not better, these new superphones."


Slimmer, happier, more productive...
The iPhone 5 is reported to be rocking a noticeably different design to the previous iPhone 4 and 4S models, with new casing for a five-inch-screen model rumoured.
According to Business Insider, the slimmer, big-screen iPhone 5 did exist late last year (before Steve Job's untimely death). However, the company chose not to release it in 2011 as it didn't want to create a 'two tier' iPhone ecosystem and its engineers wanted to develop the product further before any announcements were made.


A curved screen
Other reports, citing one of Apple's suppliers as a source, claim the new iPhone 5 will have a curved 4.6-inch Retina screen.
A source told South Korean newspaper Maeil Business that Apple has already started placing orders for the curved screen for its forthcoming new iPhone.


4G LTE support
Superfast 4G LTE mobile web functionality is pretty much a given for the new iPhone 5, since it is already featured in the third-gen iPad released back in March.
However, 4G mobile web access won't be of much interest to Brits until we have a nationwide 4G network to match that of our US cousins over the pond. The process of rolling that out is set to begin later in 2012.

Near Field Communication (NFC)
Expect to hear a lot more about NFC in the next few months. The Samsung Galaxy S3 - one of the iPhone's biggest competitors - includes NFC, a feature that makes it easy to swap content between phones and also to pay for goods using contactless pay points. Apple's new iPhone 5 is almost certain to feature NFC.

An even better camera
The eight-megapixel camera on the iPhone 4S is an absolute belter, but internet whispers suggest that we might see an even better, Sony-manufactured camera packed into the new iPhone 5 later this year.
9to5Mac quoted Sony boss Howard Stringer last year claiming that: "Our best sensor technology is built in one of the tsunami-affected factories. Those go to Apple for their iPhones or iPads. Isn't that something? They buy our best sensors from us."
A new streamlined Sony camera with a back-illuminated CMOS sensor would certainly enable Apple to make the iPhone 5 considerably slimmer than the current iPhone 4S, which means that this is an iPhone 5 rumour that makes a lot of commercial sense.


A 3D screen
Avid iPhone gamers are talking a lot about the possibility of an auto-stereoscopic (glasses-free) 3D screen on the iPhone 5, which would enable the new smartphone to go head-to-head with Nintendo's own 3DS console.
But this is one that definitely isn't going to happen. Why would Apple have any interest in taking on Nintendo in its increasingly niche market? It already has thousands of creative game developers and millions of happy gamers worldwide. Why follow the lead of Nintendo and bet the farm on a 3D gimmick?
Really, really doubt the 3d, but it would be pretty cool. 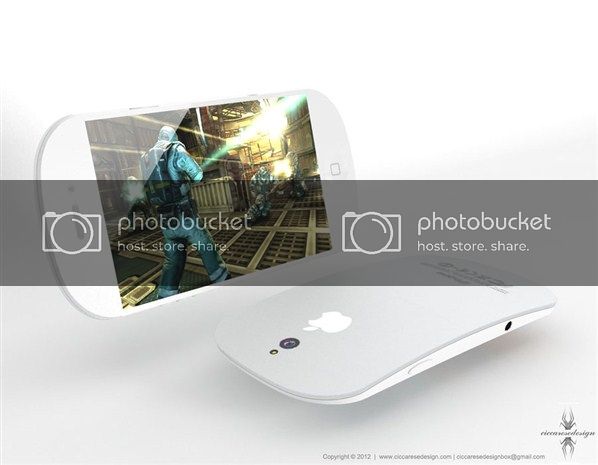 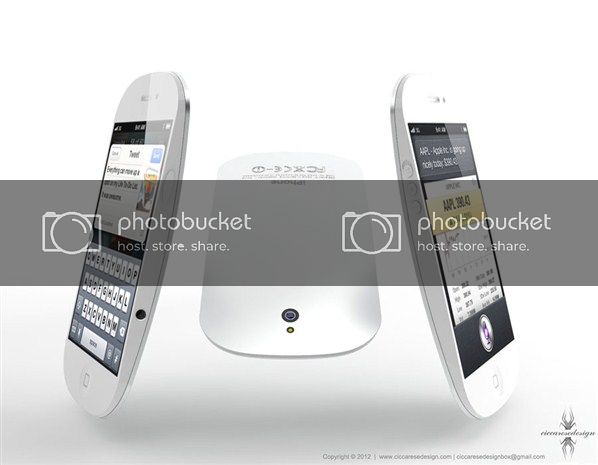 "Can you hear the thunder that's breaking?"


Yea I agree, If the iPhone is curved like that I will not get it.. Horrible design!

I am not switching back to the iPhone If it looks like that. I'll just stay with android for another 2 years.

Doubt it will, just rumours so I thought i'd post. I also think it is horrible.

I think it kinda looks cool. But I also think it looks retarded. Idk haha

My upgrade comes in in November so yay! haha can't wait

If you put the iphone face down screen side it kinda looks like a mouse (computer mouse)
Summary: Worse Design ever! (unless of course they allow it to be used as a mouse lol )

What can i help you with ?

One bad design, i cant really see apple going back to the curve back

I like the design, but i doubt its going to be it.

Often Brief said:
I like the design, but i doubt its going to be it.
Click to expand...

Same it is just rumours.
R

Usually on the Apple Developer forums, there is a special forum that comes for new updates and devices. It says you can't share anything that is in it, there has been nothing for the iPhone 5 yet, must be all a secret!

That is a horrible design.

Am i the only one that likes the design?

denz said:
Am i the only one that likes the design?
Click to expand...

PhatModder said:
Doubt it will, just rumours so I thought i'd post. I also think it is horrible.
Click to expand...


Those are fake! Look at the logo in the bottom right.

honestly i think the design is awesome. curved backs feel so much better in the hand. the iphone 4/4s look dumb as hell with a square back it doesnt fit perfectly into your hand like this would, regardless of that if the design is like that they better release some very good otter box cases or something because it looks really fragile

i think the design looks really nice. I dont really know what i should do, im Really thinking about getting a 4s soon but what if the 5 really does come out in september

PhilSoWavy said:
i think the design looks really nice. I dont really know what i should do, im Really thinking about getting a 4s soon but what if the 5 really does come out in september
Click to expand...