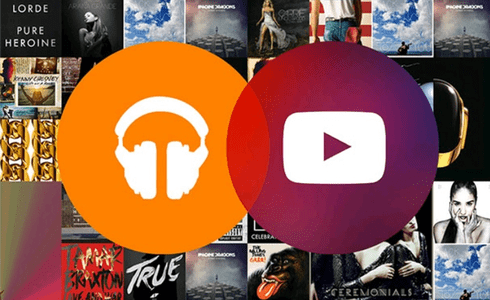 There have been various rumors going around for quite some time claiming that Google is creating a new YouTube music streaming service. This past Monday, AndroidPolice leaked some screenshots that gave us a lot of new information on the YouTube-based service, which will be called YouTube Music Key.

The screenshots leaked by AndroidPolice show off many of the features of YouTube Music Key. One of the main purposes of the service is the ability to listen to any song on YouTube at any time. Google tells us that you can listen to any song "with or without video, in the background, or with your screen off". The subscription will also allow you to play videos while you don’t have an internet connection. Unfortunately, it is unclear if offline play is restricted to music videos or just audio, but based on the leaked screenshots it looks like you can download any video to watch later.

Google also plans to implement some existing features into the service. One of which is YouTube Mix, which has been around for a few months now. YouTube Mix along with Music Key will work much like Spotify’s Radio, allowing you to discover new music based on what you already listen to. The service will also suggest new music to you, much like the “Suggestions” sidebar already on YouTube.

While the aforementioned features are all nice, most of them already existed or are possible with 3rd party software. The thing that will really make Music Key stand out is the diverse content and audience that YouTube has. There are a lot of songs you can find on YouTube that cannot be found on competing services. For example, YouTube has a lot of great trap channels, yet a lot of the trap can’t be found on Spotify. YouTube is also a lot easier for artists to share their content on, whereas on other services you need to pay a fee or have a record label. If done correctly, Music Key will really widen the scope of music available to stream.

Unfortunately, the service doesn’t have a set launch date. Hopefully, it won’t be much longer due of the fact that there is already a version of the Andorid with it. Whenever it does come out, the subscription will cost $9.99 per month and will give you access to 20+ million songs on YouTube Music. The subscription will also give you an all-access pass to Google's currently Music service, Google Play.

The possibilities YouTube has for that price seems like a great investment. If Google allows you to listen to all the smaller channels and artists I personally think it will be sensible to switch from other serivces to YouTube Music. However, if they limit the music via record labels or fees, then I doubt it will be able to compete against the pre-existing services. Either way, it is always nice to have multiple options and with Google behind it, I’m sure it will be a quality service.