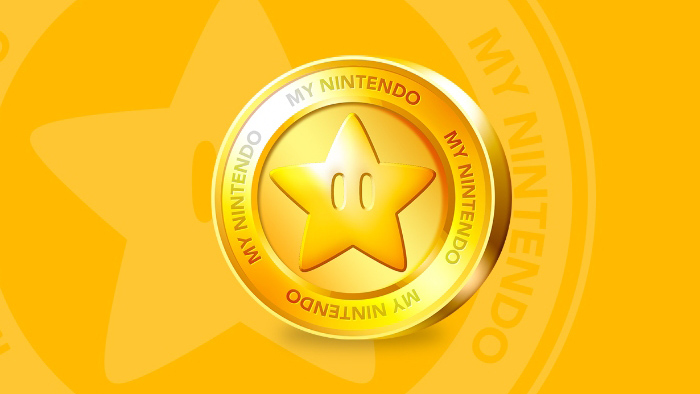 My Nintendo members will soon be able to use some of their points on Switch games. Nintendo announced it is making some changes to the rewards program next month, which will most notably let players buy certain Switch titles with their Gold points.

Beginning in "early" March, My Nintendo members will be able to use their Gold points toward the purchase of select Switch games or DLC from the Eshop. Once the new system is in place, you'll be able to choose how many of your Gold points you wish to use toward the game on checkout and pay the remaining balance with your Eshop funds.

​
The My Nintendo program features two different types of points: Platinum and Gold. Members will receive the former by completing certain "missions" such as logging into the Eshop weekly, while the latter are earned by purchasing 3DS, Wii U, or Switch titles digitally from the Eshop. Members can also earn Gold points for buying physical Switch games, although the amount you'll receive is considerably less than that for digital purchases.

Up until now, the amount of Gold points you received was based upon price tiers, but that will likewise change beginning next month. Going forward, you'll earn five Gold points for every $1 you spend when you purchase a game from the Eshop or Nintendo's website, and each Gold point will be worth $0.01 when used toward a purchase. For example, buying a $60 game from the Eshop will net you 300 Gold points, which in turn equate to $3 off another purchase.

You can read more about the upcoming My Nintendo changes on Nintendo's website. My Nintendo first launched back in 2016, shortly after the company discontinued its previous rewards program, Club Nintendo. The points you earn on My Nintendo can be redeemed for discounts on select 3DS and Wii U, as well as certain full titles for the two platforms. The most recent batch of free My Nintendo games includes Mighty Switch Force, Year Walk, and Gunman Clive HD Collection. You can keep track of when your My Nintendo points will expire here.