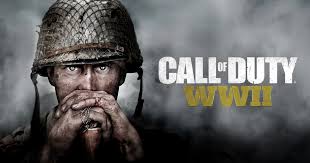 Call of Duty: WWII's open beta kicks off on PC in a few days, but players who'd like to participate can already start preparing for it. Activision has now made the open beta available to pre-load from Steam.

The beta begins on September 29 and runs all weekend, until October 2. To take part, you will need a PC that meets Call of Duty: WWII's minimum beta specs:


Sledgehammer has also shared the recommended specs for the open beta, which you can find below. The developer says it will use the data it collects from the open beta and announce final PC specs for the game prior to its launch.


The PC open beta will feature the same content found during the final weekend of WWII's console multiplayer beta, which concluded on September 4. Among other things, the beta contains four maps (Pointe du Hoc, Ardennes Forest, Gibraltar, and Aachen), four multiplayer modes (Team Deathmatch, Domination, Hardpoint, and Kill Confirmed), and five divisions. Players will also find some PC-specific features in the beta, such as native 4K support and remappable mouse/keyboard controls. You can read more about the PC open beta here.

Call of Duty: WWII releases of PlayStation 4, Xbox One, and PC on November 3. All players who participate in the open beta will receive an exclusive Beta Combat Pack in the final game, which consists of a helmet, calling card, and emblem.