Yakuza Kiwami 2 Coming To PS4 In North America This Year 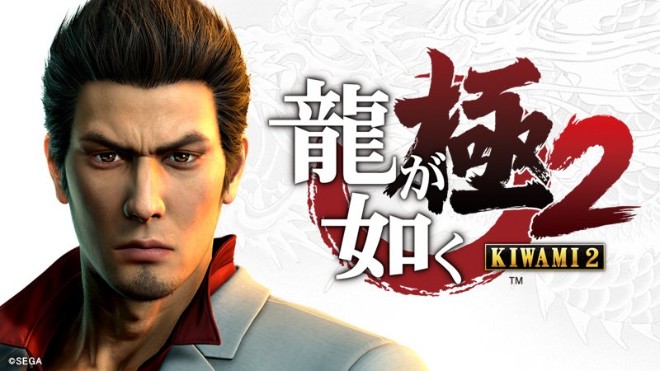 On the heels of the Western release of Kazuma Kiryu's last chapter with Yakuza 6: The Song of Life, Sega has announced that we'll soon be able to relive the earlier days--Yakuza Kiwami 2 is coming to PlayStation 4 in North America on August 28, 2018. The Japanese version called Ryu ga Gotoku: Kiwami 2, has been out since December 2017, but the localized version is now on the way. Kiwami 2 is the remake of the original Yakuza 2 that came out for the PlayStation 2 back in 2006 (Japan) and 2008 (North America).

Yakuza 2 picks up one year after the events of the original game where Kiryu finds himself stuck in inter-clan drama yet again. Turmoil inside the Omi Alliance (rival's of Kiryu's own Tojo Clan), turns animosity into a war in the streets of series-long home Kamurocho. This is all thanks to a coup within Omi led by the main villain Ryuji Goda. The son of an old Tojo chairman has to return to the yakuza lifestyle to protect the families, with plenty of help from Kiryu of course. And the beloved, yet unhinged Goro Majima also has to pitch in to keep the clan afloat.

Familiar faces like Makoto Date, Osamu Kashiwagi, Haruka Sawamura are central characters to the plot, alongside the Osakan detective Kaoru Sayama who makes her series debut to keep a sharp eye on Kiryu. This is only the setup for the rollercoaster ride that is Yakuza 2.

A completely new addition in Kiwami 2 is a whole campaign called The Truth of Goro Majima where we get to play as the man himself and uncover how he became a construction business tycoon just before the events of Yakuza 2. Playing as Majima was a highlight in the prequel Yakuza 0, and fans got to peer into the personal life of one of the series' most distinguishable characters.

Kiwami 2 uses the new Dragon Engine which is the graphical foundation for Yakuza 6. It provides the best visual fidelity the series ever had but also allows players to enter shops and buildings without loading times, even during fights. Yakuza 2 brings fans back to Tokyo's fictional red-light district of Kamurocho and also takes us to the riverside Osakan town of Sotenbori; these two locations will look better than ever with the Dragon Engine.

Yakuza isn't complete without its minigames; Golf Bingo and Virtual On are a few of the smaller things to get into. However, the fan-favorite Cabaret minigame from Yakuza 0 makes a return along with the most-valuable platinum hostess Yuki. Majima will also get the Clan Creator minigame as seen in Yakuza 6.

This isn't the first time a PS2-era Yakuza game was remade. Yakuza Kiwami came to the West last year and modernized the series' first release with additional substories, the Majima Everywhere subplot, and tweaks that made the storytelling more cohesive. Voiceovers were re-recorded to capture the improved localization, one aspect the series is known for, and Kiwami 2 is getting the same treatment.

Yakuza Kiwami 2 will be available both digitally and physically for $50; pre-ordered and first-run copies will come in a special steelbook with artwork of Kazuma Kiryu and Ryuji Goda.