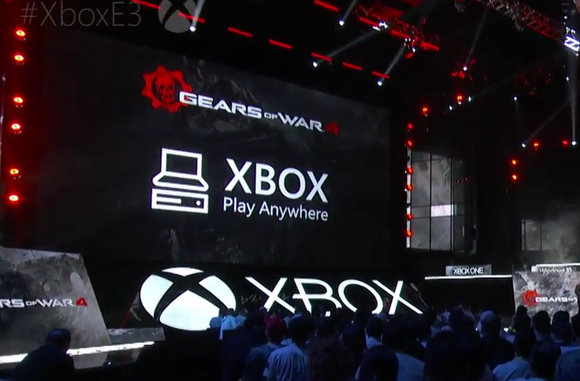 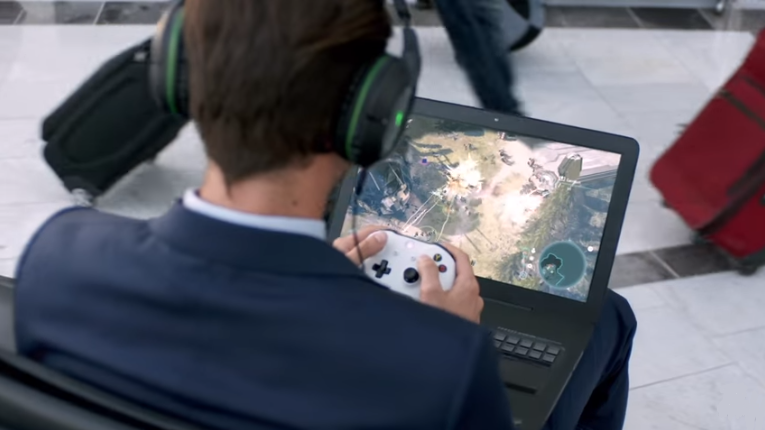 For a long time now, we've known that Microsoft platforms are all getting Xbox fever. Microsoft has been trying to merge all of their platforms into one cohesive machine for a while now, with continued efforts to branch out the Xbox One from just gaming. Microsoft's next games line-up will be playable on Windows 10 machines, which is a very big step into this full integration process. During Microsoft's E3 press conference, they revealed something else up their sleeve: Xbox Play Anywhere. Xbox Play Anywhere, in essence, is Microsoft's gift to the world. You can buy a game on either the Xbox One or Windows 10 (a digital copy, of course) and you will be able to play it on both platforms. All progress will be saved between both platforms, which is a mighty imperative.

Microsoft is truly making an effort to fully extend Windows 10's potential with this large step towards full integration. All downloadable content, gamerscore, saved progress, everything will be carried over between the two platforms if you have a game that is eligible for this program. You can cross-play with friends over both mediums and maintain Xbox Live Party contact with them, no matter which platform you're playing on. The idea is to make the Xbox a household experience, rather than just a basement or "mancave" experience. Microsoft definitely has a lot of ambition here. With the new streamlined controllers that are coming with the One S, the ability to play on Windows 10 should be a lot more smooth.

Profoundly misleading title aside (you can't really play anywhere) and the fact that Microsoft's efforts to port Xbox One games to Windows 10 hasn't been a silky smooth ride, this looks like a pretty promising addition to the Universal Windows Application process. With the major hardware and graphic upgrades that are coming in the Xbox One S and, more significantly, Project Scorpio, Microsoft could go in several different amazing directions with this project. Although the games need to be redesigned in order to properly run of both platforms, I'm sure Microsoft has this figured out pretty well. Since their catastrophic initial Xbox One run, they have been stepping up their game in attempts to dominate not only the gaming market, but the entertainment one as well.

This new function will require the Xbox One summer update, as well as the anniversary update for Windows 10.

Several existing games, as well as a few upcoming ones made by Microsoft Studios, have already been given the green light for Play Anywhere. Each game will have a "Play Anywhere" logo in the corner of their cover art in the Xbox Store to indicate its eligibility. While the list is pretty small for now, Microsoft has plans to heavily expand this list to, potentially, hundreds of games.
If you've got both an Xbox One and a Windows 10 machine, be sure to check any of these games out to see how you enjoy Play Anywhere. Xbox Play Anywhere launches September 13th to Xbox One and Windows 10 owners everywhere.