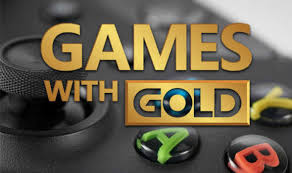 August is almost here, which means Xbox Live Gold members will have a new set of free Xbox One and Xbox 360 games to download. We now know what those games will be, thanks to a post on Microsoft's Xbox Wire. The games going free in August will be Forza Horizon 2 and For Honor on Xbox One and Dead Space 3 and Disney Epic Mickey 2: The Power of Two for Xbox 360. The Xbox 360 games are backwards compatible, so they'll also be playable on Xbox One.

On the Xbox One side of things, you'll be able to download Forza Horizon 2 between August 1-31. It's an open-world racing game from 2014 that mixes realistic driving mechanics with some of the more arcade-style ideas of series like Burnout. For Honor is a melee combat game that pits characters from three factions against each other: Samurai, Knights, and Vikings. A fourth faction will be added in a free update this fall, along with a robust new Breach mode. For Honor will be free August 16-September 15.

On Xbox 360, Dead Space 3 sees the horror series' protagonist Isaac Clarke joined for the first time by a companion, Sgt. John Carver. The entire game, which focuses on alien dismemberment, is playable in online co-op mode. It will be free August 1-15. The final free Xbox 360 game in August is Disney Epic Mickey 2: The Power of Two, a co-op game that has you save the Wasteland using a magic paintbrush. It's free August 16-31.

If you're reading this before August 1, it's not too late to grab some of July's free Games With Gold. Right now, Xbox Live Gold subscribers can download Assault Android Cactus and Death Squared for Xbox One, and Tom Clancy's Splinter Cell: Conviction for Xbox 360 and Xbox One.