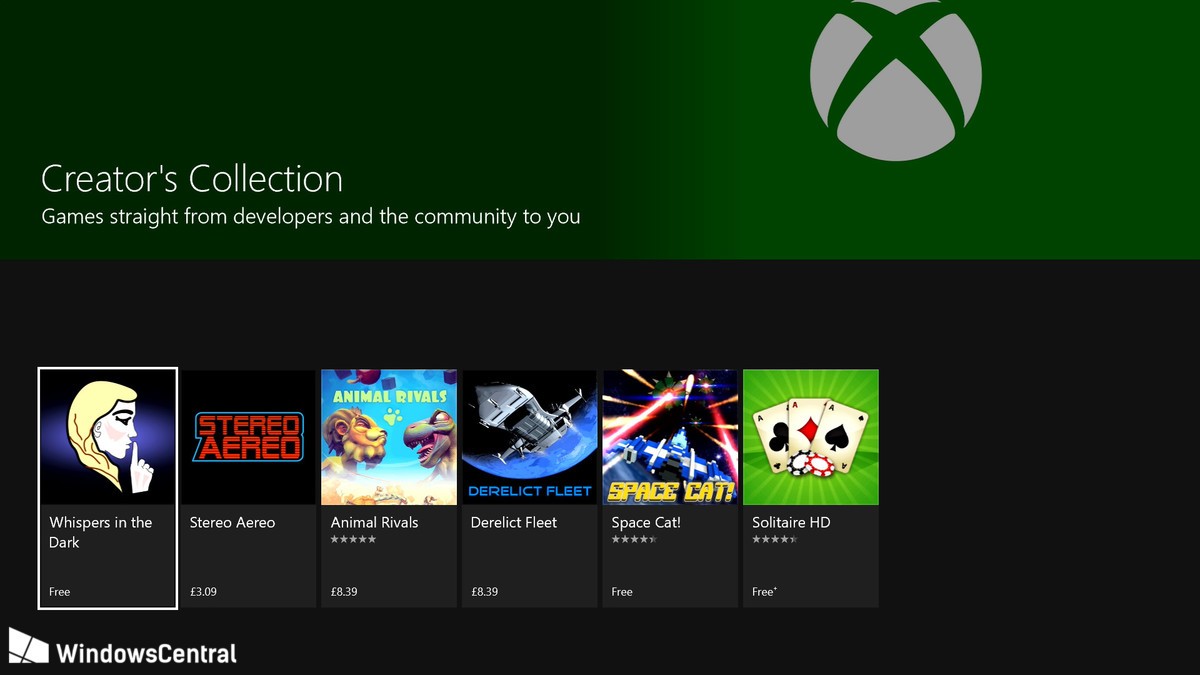 The Xbox Live Creators Collection, a new page in the Xbox One Game Store, is now available to some testers as part of a pilot program. The Collection is a section in the store that features titles made using the Creators Program, which was announced at GDC 2017 and Microsoft says lets developers "rapidly" publish their digital games.

The Creators Program lets developers--or anyone for that matter--use their existing retail Xbox One system to make games.

If you're part of the Xbox Insider program, you should be able to check out the Creators Collection now. There are only six titles in the catalog now (see above), some of which are free. More details are available on Major Nelson's blog.

The Creators Collection and other features are released first for Xbox Insider members for the purposes of testing. Members are encouraged to leave feedback about on the Xbox Feedback site.

There is no word yet on when the Creators Collection will become available for all Xbox One owners or what titles might be added to the library later. Keep checking back with GameSpot for the latest.

In other Xbox One news, a big new update for the console came out last week, adding things like customer gamerpics, co-streaming on Mixer, and more.