Xbox One Games With Gold For January 2019 Revealed 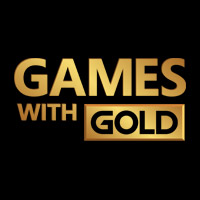 With the end of December draws near, Microsoft has announced the Xbox Games With Gold for January 2019. It's a solid lineup of Xbox One and Xbox 360 games that anyone with an Xbox Live Gold membership will be able to download for free during various times throughout the month. Let's take a look at the first games that will be available in the new year.

Between January 1-31, Xbox One owners can download Celeste. This pixelated platformer is all about jumping and dashing through expertly designed (but seriously challenging) obstacles as you make your way to the peak of a mountain. It has simple, tight controls that you'll need to master in order to make it through terrain riddled with things like pits, spikes, bounce pads, and toxic black goo. Thankfully, the checkpoint system is forgiving enough that you're never put too far back after your many inevitable deaths.

The other Xbox One freebie is the racing game WRC 6 FIA World Rally Championship. This realistic rally game puts you face to face with all manner of challenges, including mud, fog, darkness, and ice, plus car troubles like engine breakdowns and punctured tires. If you're up for it, you can grab WRC 6 between January 16 and February 15.

The Xbox 360 Games with Gold for January are acclaimed titles as well, and thanks to backwards compatibility, you can play them both on Xbox One. You can pick up the two-player action/puzzle game Lara Croft and the Guardian of Light from January 1-15. And between January 16-31 you can grab Far Cry 2, an open-world shooter some fans consider superior to its numerous sequels.

That's what's coming in January. Right now it's not too late to download some of December's Games with Gold, including QUBE 2, Never Alone, and Mercenaries: Playground of Destruction.