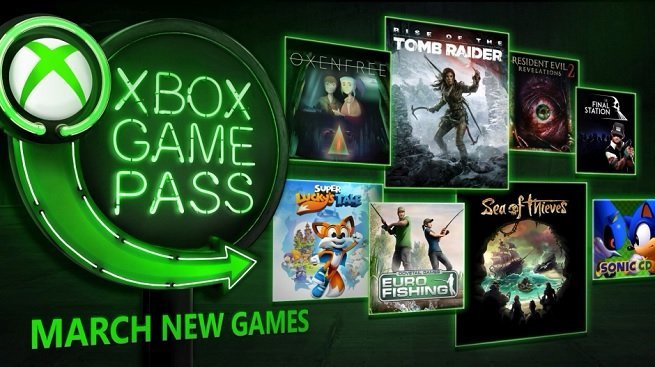 March is right around the corner, and with it comes a new selection of titles for Xbox Game Pass. Microsoft is expanding its game subscription service with eight more games next month, including Rare's highly anticipated pirate adventure, Sea of Thieves.

The open-world pirate game makes its Xbox One and PC debut next month, and it serves as the flagship title for Microsoft's new initiative to bring all of its future first-party Xbox One exclusives to Game Pass at launch. Subscribers will be able to play Sea of Thieves beginning March 20, the same day that it releases in retail and digital stores.

Before Sea of Thieves arrives on the service, Game Pass subscribers will get access to seven more titles starting March 1, including Rise of the Tomb Raider, Super Lucky's Tale, Resident Evil Revelations 2, Oxenfree, and the classic Sonic game, Sonic CD. You can take a look at all of March's new Xbox Game Pass titles below.

Xbox Game Pass is a Netflix-style service for Xbox One. It features a library of more than 100 of Xbox One and Xbox 360 titles, with a new batch arriving too the service every month. A Game Pass subscription costs $10 per month, but those who are curious about sampling the service can sign up for a 14-day free trial.