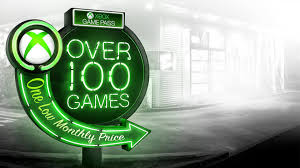 Here's some good news for Xbox One owners who have never tried Game Pass. Between now and May 8, you can try out Xbox Game Pass for just $1/£1. That dollar gets you one month of access to the entire Xbox Game Pass library, which will include the big Xbox exclusive State of Decay 2 starting May 22, the day the game launches.

Xbox Game Pass is Microsoft's game subscription service that lets you download and play a selection of over 100 games. The available games vary slightly from month to month. One key selling point is that all games from Microsoft Studios get added to Xbox Game Pass the same day they come out. That means you can play Sea of Thieves, State of Decay 2, and any future Microsoft Studios games the same day everyone else has to pay full price to buy them.

After the month is up, the price of the monthly membership goes back up to its usual $10. But if the available game selection appeals to you, that's still a good deal.

Other new games coming to Xbox Game Pass in May include the brand-new multiplayer shooter Laser League and the surprisingly intense cooking game Overcooked. These join the standard lineup, which features games like Halo 5: Guardians, Gears of War 4, and Mad Max. You can see all the games added to the service in April here, along with a complete list here.