Xbox One Backwards Compatibility on its Way? 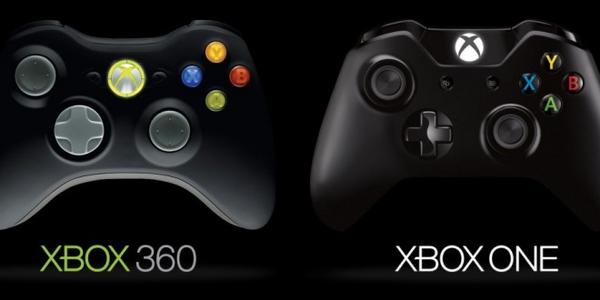 The Wii U took out the eight gen competition by offering backwards compatibility from the start, and now it looks like Sony is traveling down the road of redemption with their PlayStation Now service. This leaves the Xbox One with a very limited catalog compared to the others, having nothing but new releases and remasters on the list. Even if Microsoft was quite determined not to offer 360 emulator services on their new console, this is what Frank Savage answered when asked if there are any current plans for one:

"There are. But we aren’t done thinking them through yet unfortunately. It turns out to be hard to emulate the PowerPC stuff on the x86 stuff. So there’s nothing to announce, but I’d love to see it myself too."

They are currently testing running Xbox One and Xbox 360 games in web browsers, in Internet Explorer as expected, but supposedly also in browsers like Chrome and others. During the Build 2014 conference Microsoft showcased “the power of the cloud” for their Azure network services. The video showcased a demonstration of a building being demolished on a top-notch PC and to compare, a building being demolished via the cloud. John Shewchuk from Microsoft stated:

"What we really think is that the power of the cloud enables new kinds of experiences that have never been possible. Even if we had multiple high end machines, they couldn’t do the kind of bandwidth that we’re doing. What’s happening is the computation are going on in the cloud, we’re sending those rotations and the positional information down to the clients where the rendering is getting done."

If you want to take a look at the video, you can do so here.

What they have done is created a way to render frames before an event occurs in a game and based on your inputs, the platform delivers the correct set of frames. Meaning that you can play any game, even fast paced ones through the cloud with out dealing with the massive latency that used to be the biggest hurdle to make this work. As of now they are only utilizing their Azure cloud services for offloading server data and hosting multiplayer games through titles like Titanfall. The fact that Microsoft had so much trouble with the before mentioned title at launch might suggest that they have some work do do though.

However, this information indicates that they may be taking a similar approach to to streaming off the cloud as Sony are doing with Playstation Now. It does seem like a good solution to be hosting Xbox 360 games through the cloud and allowing players to access them through the Xbox One, but there are some hurdles. Licensing third-party publisher games for digital streaming can be somewhat of a headache, as licensed music, trademarks or content can not be streamed digitally just like that, and will together with pricing most likely be something to slow all of this down for them, just like it might for Playstation Now.

There is nothing official about this other than the fact that they are testing a streaming method, but it still gives a ray of hope to those looking for a possibility of backwards compatibility on the Xbox One in the future. We will only know for sure when the company finally begins to announce their intentions and roadmap for the cloud to the public.

What do you think about this? Is not having backwards compatibility really a big drawback for the Xbox One? Will you be using the service if it is offered?