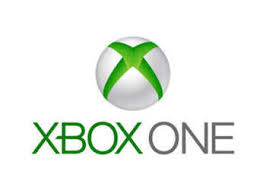 ​
Thanks to Gamespot we have some new info on upcoming features coming to Xbox One. Just a few days ago on the thirtieth of March, some exciting news was published regarding features and apps soon to be released this summer. An alleged "Anniversary Update" including but not limited to, background music and Microsoft's "Siri rival" Cortana. Though only two for the time being, more will be announced at E3, which is getting closer and closer.

Background music in particular, will be gaining some interest more than Cortana for the most part. It's a feature that both Xbox 360 and PlayStation have today, so certainly it is nice to see Xbox One catching up. PlayStation specifically makes use of Spotify, though at this time it is unknown if Xbox One will be joining in at using Spotify for background music. It is worth noting, that a Sony representative in 2015 said that Spotify will come to Xbox consoles in the future, perhaps that time is just around the corner. Gamespot so far believes that Xbox One will be making use of Windows' Groove music service.

Next up is Cortana, Microsoft's take at a digital assistant. Similar to Siri, you can ask Cortana various questions and give commands accordingly, whilst she does her best to answer them, god bless her heart. Cortana has been around for a little while, through the use of Windows 10 PCs and phones alike. Though not as widely used as Siri, opinions on her and her services aren't so negative for the most part. Unfortunately for some, Kinect will be required to ask Cortana for her help when she comes to Xbox One this summer, we can only hope microphone and headset support will be implemented in the future.

In regards to these features being so few, Phil Spencer, the head of Xbox was kind enough to give us a heads up on E3 this year. E3 is right around the corner, in early June and it's safe to say we'll have this Anniversary Update not long after though no confirmed date at this moment. There is no word yet as to what else will be included in this update, perhaps more use of cross-play? Hopefully, this information has been a nice tease to fans and leaves them looking forward to what's to come in E3, background music in particular, catches my interest quickly and I imagine it does the same for others as well. With even more to be excited for, E3 is looking to have lots of appeal for all sorts of gamers and is leaving lots to be excited about.
About author