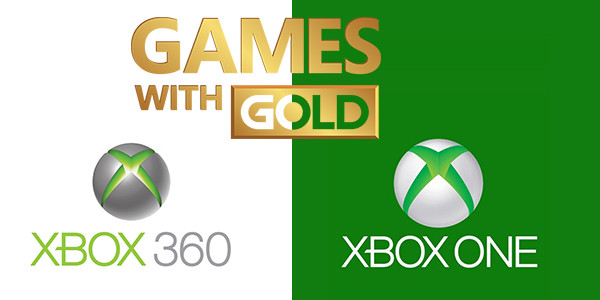 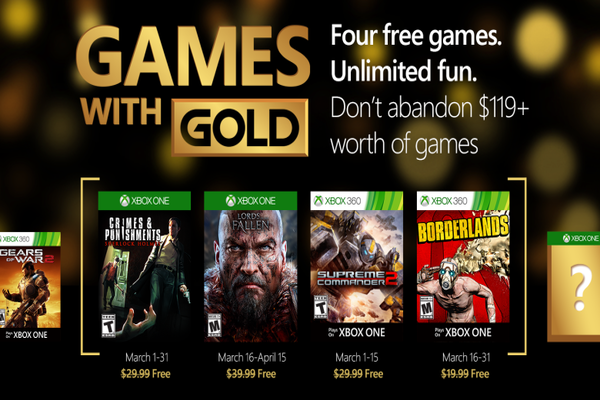 It's that time again: the new list of Games With Gold has been announced and you'll be able to pick up four new games for free. As always, there will be two Xbox One Games and two games for Xbox 360. If you don't have Xbox Live membership, you will not be able to pick these games up in the time that they are free.

First up is the crime-adventure game Sherlock Holmes: Crimes and Punishment. This will be available to download for the entire month of March. You can also get the action RPG Lords of the Fallen from March 16 until April 15. Both of these Xbox One titles have received decent reviews and might be worth grabbing in the time that they are free.

As for the Xbox 360 games being released, you can look forward to Supreme Commander 2 and the original Borderlands. Supreme Commander 2 is a real-time strategy game that got an overwhelmingly positive reception from those who played it and it will be available from March 1 until March 15. Borderlands will be available just after that, from March 16 to March 31. This FPS/RPG is widely considered to be one of the most enjoyable games that you could play so if you've never picked it up, now would be the time.

Supreme Commander 2 and Borderlands will both be available on the Xbox One as well as the Xbox 360, as backwards compatibility support will be added for these games as they are released for Games With Gold.

That's it for this month's Games With Gold! If these games don't strike your fancy, make sure to watch out for next month's lineup and maybe you'll see one of your favorite titles on there up for grabs.