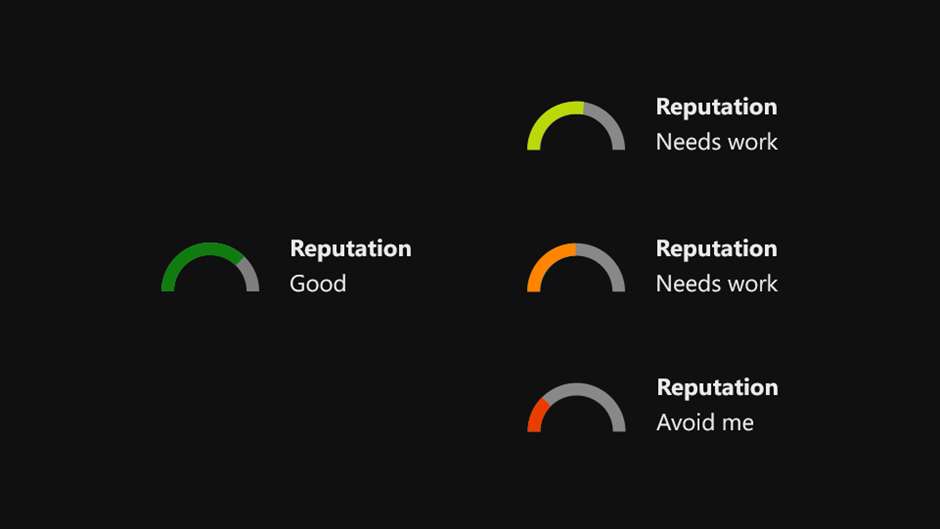 We've all been there, mouthing off to friends or even complete strangers over the headset, but is there a time when behaving inappropriately online can have an ultimate consequence? according to Microsoft Programme Manager Michael Dunn, gamers who intentionally cause havoc and harm over the Xbox One's online system will be punished by "reduced matchmaking pairings and twitch bans".

Earlier today Dunn announced that a new reputation system will be released onto Xbox One systems later this month to help prevent users from 'behaving badly' and acting more accordingly. The new reputation system will be split into three categories which depend on the users reputation score. The green category is for users who are good, yellow is for users who need to work harder in having a better reputation and the red category is for gamers who have acted against Microsoft's behaviour regulations and will be tinted as 'avoid' to show other gamers that the certain gamer is behaving incorrectly.

For those who are wondering how on earth Microsoft are going to keep tabs on every gamer's behaviour, they have created an algorithm to help keep track off any negative mishaps which could occur during online play. The algorithm has been installed as Dunn believes that the "vast majority" of xbox gamers do not use the current feedback option on other gamers, however gamers will still have the chance to give feedback to other gamers without the reputation system interfering.

Not only are Microsoft introducing sanctions for those naughty gamers, they will also be introducing awards for well behaved gamers who fall under the green category of the new reputation system, however Dunn did not speculate on what type of surprises Microsoft may be offering to those 'good' gamers. Players who are sitting comfortably in the yellow category will not be let off lightly, Microsoft will also be introducing reputation warnings to gamers in which Dunn states to "It is to remind players about the effect their behavior has on the community and to encourage them to have more positive interactions."

Those behaving badly over Xbox Live will be sanctioned by online penalties such as removing users rights to use Twitch and also a decreased chance of matchmaking pairings which will ultimately affect their gaming experience negatively. So, if you're an Xbox One owner and has a severe case of potty mouth, Microsoft will be keeping a keen eye on you.