Xbox All Access Offers Console And Game Pass For A Subscription 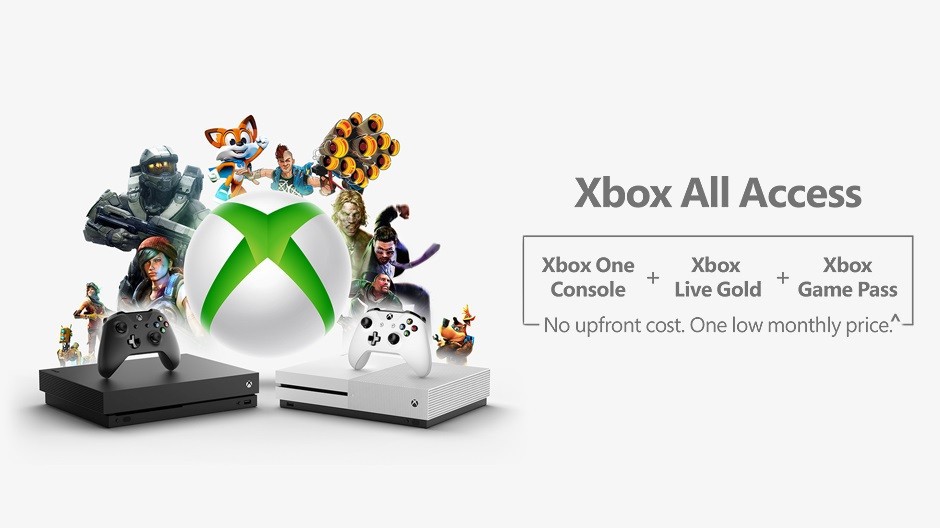 Microsoft has introduced a new kind of subscription model that bundles together everything you need to play on Xbox One. The "Xbox All Access" deal lets you purchase a new Xbox One console, along with two years of Xbox Live Gold and Xbox Game Pass, all under one monthly payment.

The Xbox All Access official site lists two packages: an Xbox One S starting at $22 per month, or an Xbox One X starting at $35 per month. Both packages include 24 months of Gold and Game Pass, and each payment plan lasts for 24 months with no upfront cost and 0% APR.

At those prices, you'll end up paying about $530 for the Xbox One S, versus about $640 if you were to purchase the console, Gold, and Game Pass separately. The Xbox One X, by comparison, ends up at $840 total versus $860 for each item separately. Either way, you're getting a pretty good deal, and the monthly payments may make it a little easier to take the cost. These payments are handled through Dell Preferred Accounts, and the deal is only available at Microsoft Stores.

Xbox Game Pass will cover your gaming needs for a select library of third-party games, and every Microsoft first-party exclusive at launch. The company recently announced that Halo: The Master Chief Collection will be joining the Game Pass line-up in September. The selection is getting pretty massive, but of course, you'll still have to buy some third-party games a la carte.