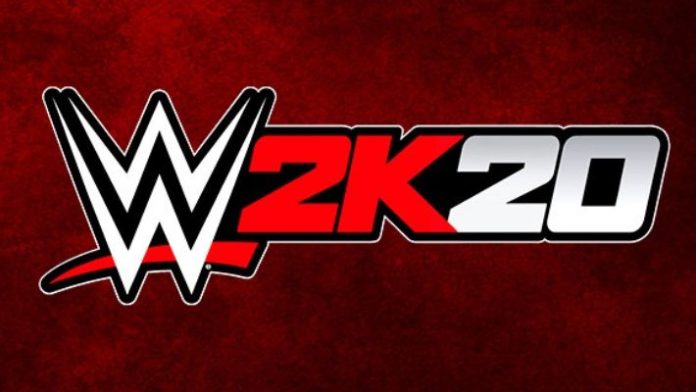 As we get closer to the end of 2019, 2K Games continues its annual tradition of releasing a WWE wrestling game. What's different about WWE 2K20 is that longtime developer Yukes has parted ways with the series, and Visual Concepts takes on the project in-house. During a 2K Games event in Las Vegas, we got hands-on with WWE 2K20 on an Xbox One X, including the first DLC pack "Bump in the Night." While the developer changeover affects certain aspects of the new WWE game, in our preview, it felt largely like 's familiar fare with some extra additions.

Every year, 2K tries to do something new and big with the WWE series. WWE 2K19 revamped Showcase Mode, MyPlayer, and added a Tower Mode, and all of those additions are present in 2K20, but Visual Concepts is also working on making this series its own. Yes, you can play as a male and female wrestler in MyPlayer, but aside from that, 2K Games spent much of its time working on the smaller things for this year's installment--evidently, the evolution is going to be a slow process.

Aside from aesthetic tweaks to menus, the most notable change in WWE 2K20 is the control scheme. Signature and finishing moves are no longer triggered by the Y button (on Xbox). Instead, they are mapped to X+A. After years of Y being the go-to button on Xbox for finishers, the change is a bit jarring and tough to get used to for the two-button combo to pull off these famous movies. Additionally, reversals have been remapped as well. Visual Concepts creative director Lynell Jinks told us that during the creation of the game they temporarily remapped some of the buttons, and it felt right so they left it. He explained there would be a learning curve, but it works out better in the end, as there won't be buttons that have multiple functions like in earlier incarnations. It took some time to get used to but it ended up being a welcome change.

The controls themselves are a bit sticky and felt unresponsive at times, however. Reversals can be tasking to pull off, even though it's a single button press. The timing window seems smaller than in previous games, and the visual cue with it never seemed to line up with when you're supposed to try and perform one. However, the computer still has no problems pulling it off with no problem. At times, signature or finisher button presses wouldn't register. It was something that kept happening during a few singles matches and in one match during the WWE Originals mode. A few of the games we played became increasingly frustrating. This may have been an issue specific to the build of the game we personally played, as others at the event didn't seem to have an issue with this.

It's also hit or miss with certain character models. "The Fiend" Bray Wyatt looked great, but Seth Rollins' model looked a bit plastic, and his beard seemed painted on. The plastic model issue was something we saw in MyCareer mode too, especially with Stephanie McMahon. We saw people in the audience during matches that looked better than her character model. This has also been a bit of an issue with the series since 2K took over and brought it to current generation consoles.

However, at the same time, some textures have never looked better in the game. The ring mat has wear and tear to it, and it's not just a flat color. When lighting hits the ropes, there's a sheen to it and different lighting produces different types of shadows. These improvements may be small, in the grand scheme of things, but it helps create a more realistic atmosphere for the game as a whole.

The newest addition to this year's game is easily the most engrossing. WWE Originals Mode--2K Games' DLC for this year--takes WWE superstars and adds a dash of fiction to gameplay and story--more so than traditional WWE programming. The first pack, which will be available at launch for free if you pre-ordered the game--otherwise, it's $15--introduces new arenas and wrestlers with a horror theme. This is an exciting addition to the series. There is nothing more fun that playing as Nikki Cross in a Hannibal Lecter mask fighting Last Girl Dana Brooke--complete in '80s sweatpants--in a swamp with a zombie audience and referee. The gameplay remains the same, but by leaning into the wackier side of wrestling there's an extra element of charm we've not had in the series before. Within the pack, there is a Story Mode, a Tower Mode, and tons of unlockable, like Rusev in a pilgrim suit, which is pretty much the coolest thing you'll ever see. Aside from the aesthetic additions you can unlock, the story mode featured Bray Wyatt on audio commentary.. The only downside to it was that it's DLC, and not included when you purchase the standalone game.

The Four Horsewoman Showcase Mode was on par with last year's Daniel Bryan Showcase. If you enjoyed the documentary-style mode, then this year's event will be right up your alley. Seeing the women who are featured in the Showcase tell their stories to the audience brings a much-needed personal touch to the mode. Before last year's revamp, 2K's Showcase Mode, as a whole, fell flat as it lacked personality. There still isn't too much different from what we saw here compared to last year's game, sadly. You'll play through Sasha Banks, Charlotte, Bayley, and Becky Lynch's story, unlock arenas and more wrestlers, and get to relive some of their greatest matches.

Creation mode is just as in-depth as it is every year but with an aesthetic facelift. Create-a-title was absent from the build we played, but we were told that it would be available in a future patch, as the mode needed to be re-coded and the dev team didn't want to rush it...

Overall, from the build we played of WWE 2K20, it was quite hit and miss. The risks Visual Concepts is taking on new modes are welcome and, from early experiences, seem like they could prove fruitful. The creativity and ingenuity that went into these aspects should be a bigger highlight of the game than they actually are. WWE Originals Mode was the highlight of what we played, and the various other modes the 2K series offers continue to be serviceable.

For fans, who have played iterative versions of this series for years now, Yukes parting ways with the franchise is exciting--fresh minds mean fresh ideas, after all. But there is a laundry list of items that need renovations alongside the introduction of new features and gameplay opportunities. Playing a preview of 2K20 has been a reminder that not all of this can be done within the space of a year.