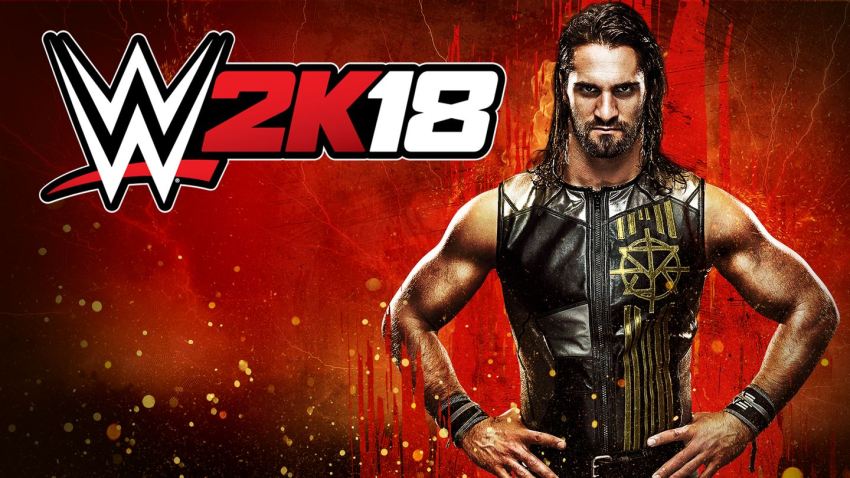 The pre-order bonus character for WWE 2K18 has been revealed. Hall of Famer and Raw General Manager Kurt Angle will appear in a WWE game for the first time in over a decade. During a press conference, Angle revealed there will be two different versions of his character: the "American Hero," which will chronicle his earlier career, and one modeled after his "Wrestling Machine" days during the revamp of ECW.

Angle opened by saying that cover star of 2K18--Seth Rollins--is "an incredible young talent. He embodies everything it means to be like no one." Angle jokingly said that he has revenge in mind after what Rollins did in the trailer for the new game--smashing historical wrestling relics at WWE headquarters.

While the Raw GM admitted he's not much of a gamer, he said that if he could change up his finisher in the game it would be to Stone Cold's Stunner: "I'm a big Stone Cold Fan," explained Angle. "Hearing the electricity of the fans when he hit that, gave me the chills. I'd love to be able to hit it on someone else and get that reaction." In addition, he explained that he loved Randy Orton's RKO, mainly because it can come out of nowhere, a phrase heard quite a bit on television.

Angle discussed the many wrestlers he'd like to have a match with when he eventually comes back to the ring, but he seemed the most impressed with the women's revolution and NXT superstar Asuka: "I really like Asuka. I know she's going to make a huge impact when she comes up. [Women are] just as highly demanded as the guys are now. They're becoming stars before they even get on TV, Raw, and Smackdown."

If WWE's 2K series continues to follow suit, it will have an expansive roster, with the last game having over 175 playable characters, when you include DLC. At this point in time, the only confirmed characters in the game are Seth Rollins and the two versions of Kurt Angle--which are available by pre-order.