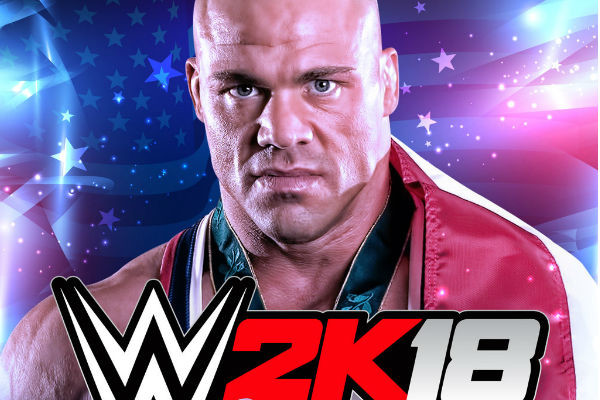 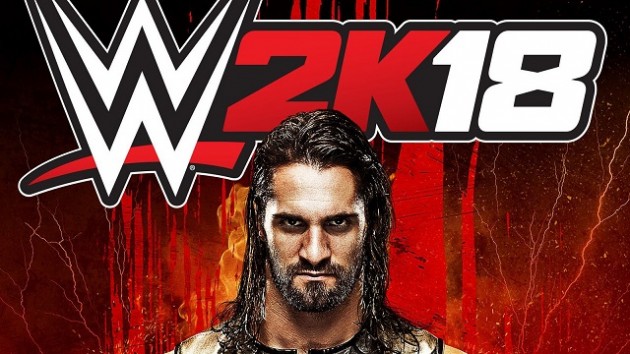 With the WWE franchise going through some changes in the last year, WWE 2K18 plans to give the game series some major upgrades and rebalances in an effort to--as the McMahons like to say--do what's best for business. Publisher 2K Games held a special development summit where they revealed more information for the upcoming title in the WWE 2K series. Speaking with executive producer Mark Little, we learned what's in store for the WWE franchise's next foray into the gaming world.

Incorporating years of fan feedback to the upcoming title, including a substantial change in its visuals and mechanics, 2K claims that WWE 2K18 is the most realistic and comprehensive wrestling game to date. Unfortunately, the developers weren't able to share too many details about the game in its present state, but they did give us a rundown on the general features and upgrades coming up. With a reworked graphics engine, new modes and story for MyCareer, an expanded creation suite, 8-Man battles and match types, and enhancements to the grappling system--WWE 2K18 is looks to be a big change for the series.

With the recent brand split and roster shuffling resulting in some majors changes to the different WWE divisions, such as RAW, Smackdown, NXT, and the 305 Live brands--many storylines and plans for the weekly shows went through some substantial updates. Because of this, the WWE Universe mode in 2K18--which is a simulation of the televised WWE schedule--has evolved out of the static storytelling of its predecessors. Moving away from the format of one pay-per-view every four weeks of live-shows from previous years, the general progression in 2K18's changes to Universe mode intends to be much more fluid and organic, featuring a lot of surprises to match the current pace of WWE's TV and PPV schedule.

Presentation was one of the key areas that the developers--a collaboration between Visual Concepts and Yuke's--wanted to focus on. For starters, WWE 2K18 will feature an updated graphics engine, which the developers claim went through a substantial rewriting process over the last two years. It now features dithered rendering, new skin shaders, real time reflections, and physically based rendering--all of which will add greater elements of realism to the characters, while also giving a much stronger atmosphere to the many environments. From the technical demo we saw, which unfortunately featured the new lighting and post-processing effects paired with older character models from 2K17, the game does look noticeably improved over the last title.

"This is something we’ve been trying to work on for over three years now, and this is the year we’re finally able to get it up to where we can pull the trigger and switch it over," said executive producer Mark Little. "There’s a lot of R&D that goes into all of the unique problems we were coming across in our experiences working on it. Obviously in traditional sports games, there’s not a lot of dynamic lights, but in our game, we have crazy entrances and thematics, and all this stuff with the pyrotechnics going off. So for us, we have to figure out how to use these techniques inside of our problem space, and how do we pull all of these things together into a cohesive package? This last November, we finally realized we passed a number of hurdles that gave us the impression that we could do it this year while pushing ahead. I think it is a pretty big update, even though the video was really zoomed in, and it’s not the final models either. There’s still a lot tweaks that need to happen--and that’s usually where the magic happens, in those little tweaks--and it’s already showing great promise."

One area which they acknowledge wasn't up to par in 2K17 was the in-game commentary, which is also being overhauled. Working with the NBA 2K team, which is known for its authentic commentary quality, WWE 2K18 brings in Michael Cole, Byron Saxton, and Corey Graves as the lead commentators. To give it a more organic feel, the three commentators were given extra time to work, and also had the chance to perform in the same room as their co-commentators to lend the recording process more of a natural feel.

Building from the last game, My Career returns and will feature a more serious story. As the last game was criticized for its somewhat sprawling nature, the next attempt at building your character's career will be more concise and narrative-driven than its predecessor. The main reason for this different approach to the story is the inclusion of the brand new Road To Glory mode, one of the new forms of online content for the My Career campaign. While the developers were tight-lipped on mentioning just what this offers, they stated that My Career's story is the lead up to Glory mode, which is the end-game of sorts for My Career.

Along with the expanded My Career comes new changes to the core gameplay. In addition to Promo Engine 2.0--an upgraded and more accurate take on the wrestler's trash-talking dialog system from 2K17--the fighters now go through a brand new progression system which yield unlockable upgrades and perks after matches. To encourage flexibility, the upcoming roster has been increased over the last year, and is set to be the largest in series history. Added to this, the developers working on a brand new character archetype system known as ‘fighting styles.' Each wrestler in the roster is set up with a particular archetype, like high-flyer or giant, which reflects their physique, moveset, and physical prowess in the ring. This is not only to reflect the variety in the roster, but also to give players diving into Create-A-Wrestler more defined archetypes to attach themselves to.

One area the developers were aware was a bit too complicated was the core grappling and submissions system. To remedy this, key parts of the submission system have been reworked and overhauled entirely, making it easier to learn and use. In addition to an overhauled dragging system (the technique of using opponent's' momentum against them), a new carrying system has been introduced, which allows players to pick up their opponents, leading to a variety of different moves like power bombs, cradles, and environmental moves. Moreover, there’s also a new ‘position feeding' mechanic, which allows players to ‘sell' their position in the match, launching a move from a groggy or ground position. The developers claim that the grappling systems are more dynamic, leading to a greater level of possibilities compared to the comparatively static system from the previous game.

This will not only come across in the expanded backstage brawl gameplay, which now has 1v1 online and will have three times the interactables and places to fight across in the arena--which the developers describe as a free roam arena--but also in the brand new eight-man battles, along with revamped multi-man match types such as a heavily reworked Royal Rumble mode with new mechanics, Battle Royale, Ladder matches, and 8-man tag matches. Moreover, there will be many different options to play around with, including mixed-gender wrestling and other options such as interactive items and win conditions, which can be added in the new create-a-match feature.

Furthermore, the entire creative suite has been refined and buffed with new features. Along with the previously mentioned Create-A-Match, there's enhancements to the Create-A-Wrestler engine, including upgrades to Create-A-Video--featuring free-cam movement, more effects, and better editing functionality. Added to this is the return of the Create-An-Arena feature, which includes enhanced options, along with better functionality of the community UI and search features to find the sort of content that you want easier. While we learned a surprising amount of information about WWE 2K18, the developers say it's still too early to show off new videos and images, as the title is still very much in progress. With that said, they credit the fans for giving them a constant 'reality-check' to keep on track.

"We’re always trying to do more," said Little. "But really, there’s pros and cons of working on a 3-5 year game as opposed to an annual release. You have more time to try new things and experiment, find your niche and find the play you like, but you’re really in this bubble, and you’re not able to get the outside feedback you want. On the annual releases we’re on, there’s a constant reality check with the game. What’s resonating with the consumers, what we can get done, and I think just after working like for awhile, you get used to the constant level of feedback and iteration. It can sometimes get too iterative, especially over the next year. It’s good to be able to look at your product and say ‘now what are we gonna do? And where do we want to take it?’."

While it's disconcerting to not have seen much of the game, considering the game is scheduled for release on October 17, they state more info is coming soon. With the reveal of Kurt Angle as the pre-order bonus last week, we've still much to learn about WWE 2K18, including our first actual look at the new visuals in action, but the features they have detailed are an interesting start, which will no doubt make the next game feel like a bigger step forward for the series.