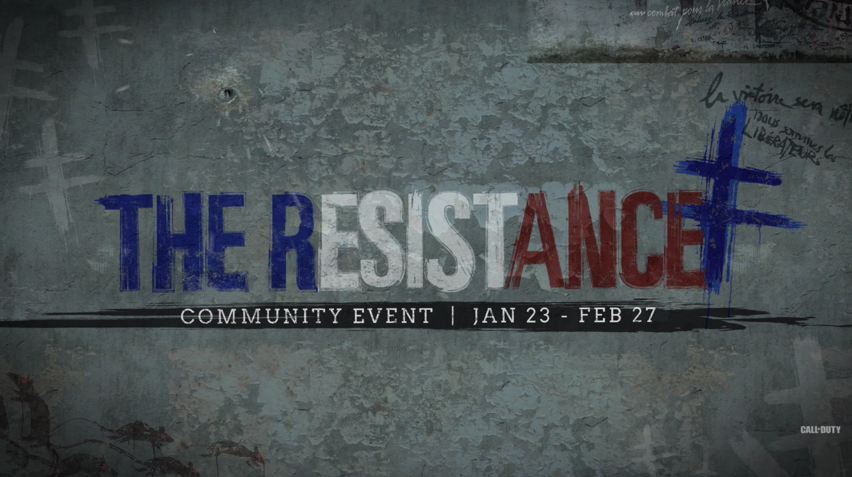 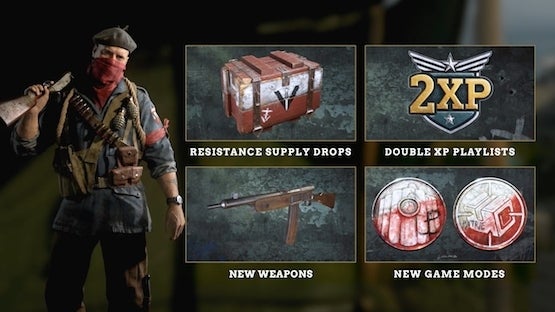 Call of Duty: WWII's latest limited-time event has been announced for PS4, Xbox One, and PC, and it looks like a big one. Called The Resistance, it's free and adds a bunch of new game modes and gear, as well as a new Division. The highlight of the event is the new Division, also called the Resistance. As with the other Divisions, it functions as a playable class, with class-specific abilities and perks. This Division's strengths are close-quarters combat, and its perks include a Pistol Tactical Knife, the ability to scramble nearby enemy mini-maps, and a mini-map symbol showing the direction of nearby foes.

The event also marks the return of the Prop Hunt game mode to Call of Duty. It's similar to hide-and-seek, where one team takes control of inanimate objects and attempts to blend in and avoid the hunting team. You can also try out Demolition, a game mode similar to Search and Destroy, except with re-spawning turned on.

Finally, The Resistance also includes new weapons and gear. The Volkssturmgewehr assault rifle, the Orso SMG, and the Combat Knife can all be acquired by completing Orders. In addition, players can snag a free Resistance supply drop every week until the end of the event.

The event begins on January 23 and runs through February 27, and it coincides with the launch of the game's first DLC pack (also called The Resistance) on January 30 on PS4. The DLC will come to other platforms later on. The pack includes three new multiplayer maps, a new War Mode map, and a new Zombies map. In other news, Call of Duty: WWII recently received a new update that buffs the sawed-off shotgun.