World to the West Hits PS4 May 5 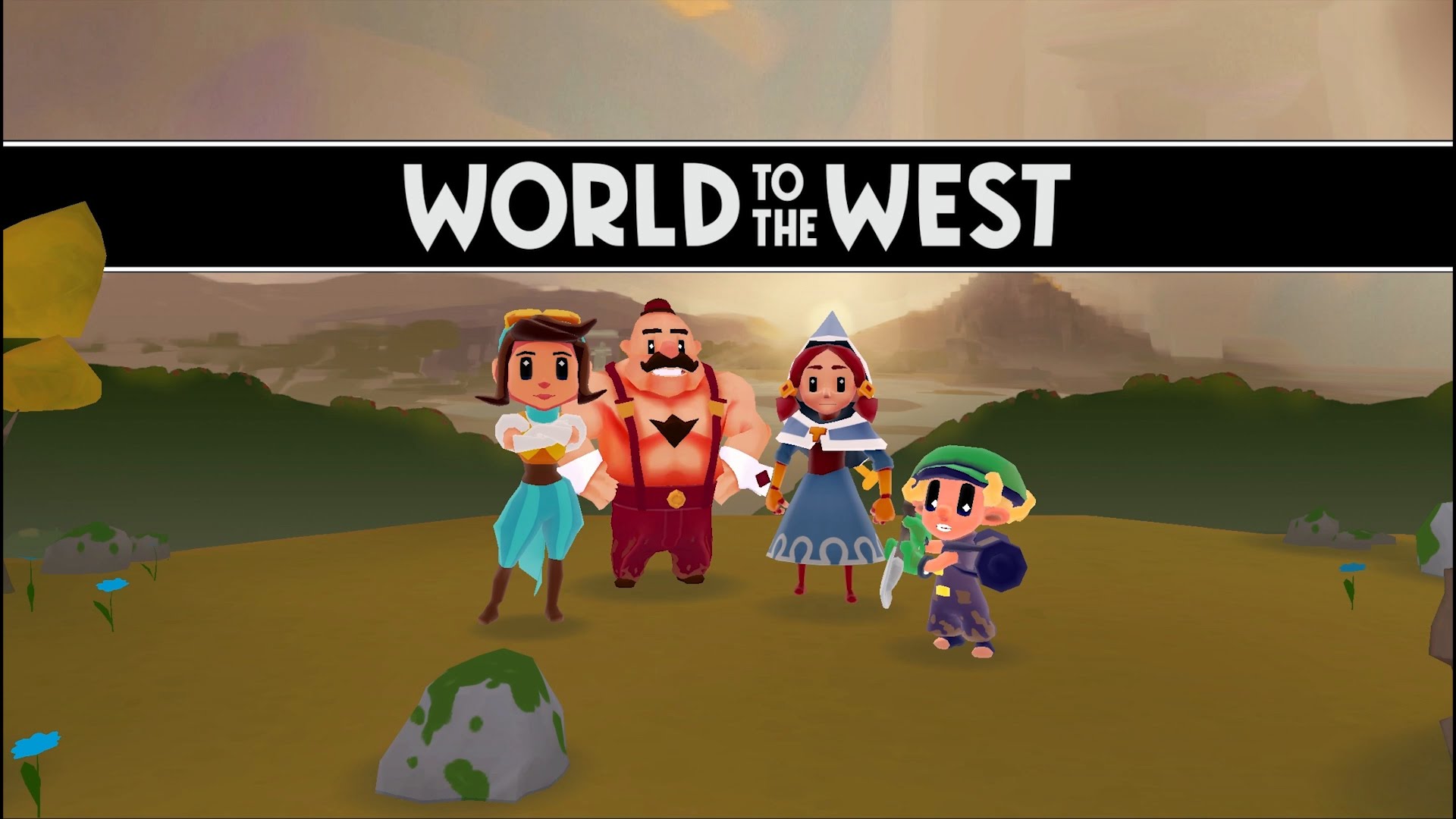 https://postimage.io/index.php?lang=frenchhttps://certificity.com
​
World to the West is right around the corner! Before it launches this week on PS4, we thought we’d take some time to talk to two of the driving forces behind our new game about its characters and the design choices behind them.

Peter Wingaard Meldahl, Lead Gameplay Designer: Here at Rain, there are always at least 2 sides to every discussion and creation. With something as important as the main characters, we build them from the visual and gameplay side at the same time. Representing the gameplay side is me; I put together the larger plots and storylines.

Ole Ivar Rudi, Art Director: Also there’s me, the art director — this generally involves drafting up concepts for how to make things in the game look like what they are supposed to look like, while still keeping a coherent feel throughout. In character creation, it means drawing out the characteristics of each character to the surface in a way that makes them come together as distinct personalities visually.

The game takes place in the same world as our previous game, Teslagrad (which is also on PS4! What, you haven’t played it? You really should!), further exploring the universe introduced in that game. It’s a standalone sequel, so having played Teslagrad isn’t a prerequisite for enjoying World To The West, but there are are a few fun easter eggs for those who are fans of the first game. Setting the game in a pre-existing universe has been very useful when it comes to making character design choices – we knew that there are four dominant countries in this universe, and we knew how the cultures differ from each other in terms of philosophy, culture and technological achievements.

Peter: Some time has passed in our world from the events of Teslagrad and to the story in World to the West. I felt like rather than bringing over our unnamed protagonist from Teslagrad, it would be interesting to give one of his children the spotlight this time around.
Now, World to the West has character dialog, and is a departure from the silent, visually based storytelling of Teslagrad. This time we would have a character with a name. We didn’t want it to be some sort of carbon copy of the father either, but an individual in their own right. Enter Lumina.

Ole: Lumina is in many ways defined by being a the middle child, she’s never had the opportunity to fully prove herself. Her character design reflects this in that she appears quite shy and reserved, but able to move very quickly and determinedly once she springs into action. A lot of her character design is extrapolated pretty directly from imagining what would happen in the aftermath of Teslagrad.

Her outfit is a traditional folk costume from her homeland – the simple wool dress is seen as decidedly unfashionable in the rest of the world, and it probably smells a bit funky. The hooded cape is part of the traditional teslamancer garb, and doubles as protection from the rain – an absolute necessity in her homeland, as the tall mountains surrounding it leads to a near constant downpour. The teslamancer order has mastered the art of taming electricity, and she carries a lightning rod that packs quite a punch. She’s also got a couple of zippy short range teleportation boots that help her cross narrow gaps.

Peter: First of the new characters is Teri. She hails from the nation of Mesmer, and I wanted to make her mechanics all about mind control.

Right from the start, we experimented with making every monster in the game controllable by the player via Teri’s powers. We already had a philosophy from Teslagrad about what I called “Frenemies” – meaning that monsters would sometimes be threats, but at other times you might need them to help you progress. The same became true for World to the West. I created the concept of the mindbender’s toolbox, and every living creature that might want to eat or attack the player also got some trait or other that in the right circumstance could become really useful. A character that could control monsters directly on the fly was a concept that we hadn’t seen in a game like this before.

Ole: The visual design of Teri Is inspired by a mix of references, from swashbucklers to late 1800s eastern-influenced fashion fads. The country she hails from, Mesmer, is a place defined by its dedication to the arts, from high fashion to extravagant, complexly decorated cakes. Even the weather is nice! Most would call it a paradise, if it wasn’t for the darker implications of a culture built around acceptance of the notion of mind control…

As for Teri herself, she’s a fast talking adventurer for hire (read: treasure hunter/thief) who’s done her fair share of travelling before the start of this adventure. For her look, we started out with a more aviator-like look but quickly decided to incorporate some more baroque elements. She wears pants and short sleeves for practical reasons, but they’re silken, shiny pants and puffed up sleeves, and her clothes are garishly colored in expensive materials. Her mindbender’s mask is a tool of the trade, but embellished with a purely decorational ornamental design.

Peter: The next character design was Clonington, a bit of a lumbering oaf mixed with a british style gentleman. While the other characters can interact with or avoid the dangerous critters of the land in different ways, I wanted to make Clonington a character that was always best suited to face every challenge head on.

Clonington’s abilities are all based on his physical might in some form or another. He’s also the character that makes the most use of verticality as he is strong enough to climb steep walls, which is useful in combination with his ability to piledrive down from up high onto any monsters below.

Ole: Clonington comes from the kingdom of Angloria, a royal dystopia with extreme class separation. Being part of the very upper crust of Anglorian society, Clonington isn’t malevolent per se, but he has very little understanding of how the world works outside of his personal bubble. As long as he doesn’t realize that those around him aren’t as high-born as himself (he rarely does), he can get along with just about anyone. He does like physical fitness and brawling though, considering it the most gentlemanly form of social interaction, and his general assumption is that everyone, including animals, enjoy fighting as much as he does.

His visual design process sort of mirrors that of Teri, only oddly reversed – Clonington knows that a true gentleman wears cufflinks, expensively tailored pants and a bowler hat, but he’s not really aware that a gentleman’s outfit usually includes a shirt.

Peter: The final character comes from a nation named Motorland, a nation all about mechanical effectiveness, big engines and factories. Home of the industrial revolution in our world, even the name of the country is purely practical and descriptive.

Knaus originated with the idea of children forced to work in the coal mines during the real-world industrial revolution. Knaus is the physically weakest of the group, but he is small, nimble, and knows his way around technology. As I worked on defining Knaus’ abilities, he became all about using the terrain. Knaus has a shovel, and he is able to tunnel through any soft earth. Here he is safe from harm, so long as no strong shock knocks him up from his tunnel. In a sense, it’s a stealth mechanic, but with a somewhat clarified ruleset- whether an enemy will see you or not is often problematic to figure out in the best of stealth games. Here, a sneaky approach or an action approach is easily determined by simply looking at what kind of floor you are standing on.

Knaus is also the character that can cross bodies of water. He gets a set of boots that can be used as ice skates. By pressing a button, he will “skate” in a straight line, freezing any ground or water that he skates over. This way, instead of making water the annoying part of traversing the world, it’s fast, different and fun.

Ole: For the visual design of Knaus, we wanted to emphasize his weakness and lack of physical threat, so we made him tiny and scrawny, even for a child. He’s part of a children’s mining colony, so we had the design challenge of making him stand out from a quite a few similarly-sized, similarly unformed characters sourrounding him. To differentiate him, we gave him a bright green cap (think Oliver Twist), a mop of unkempt yellow hair and a backpack, all slightly oversized, giving him the look of someone in way over their head.

That’s all we have space for today, but remember: World to the West launches on PS4 on May 5. We hope you will check it out.