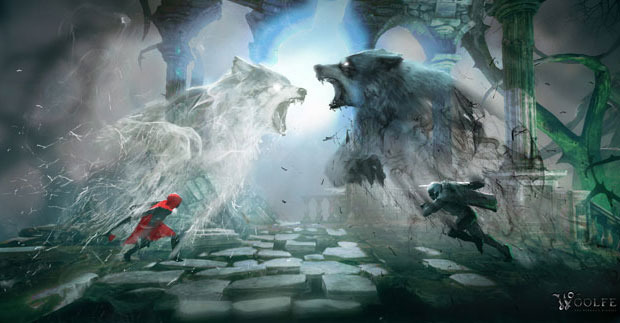 Remember all of the childhood stories you were told about how Little Red Riding Hood was a sweet little girl who was almost eaten by a big bad wolf? Well forget about all of them because Grin Game Studio has a different take on the story and it's one that is definitely worth playing. Grin Game Studio was best know for developing Tom Clancy's Ghost Recon: Advance Warfighter 1 and 2 but hasn't been able to get much else into development since so that's why they're asking for your help on Kickstarter to get this game up and running.

Woolfe is a 3D cinematic side-scrolling game filled epic boss fights like in old school platforming games that tells the gruesome story of Red as she makes her way through a different fairy tail. Graphics are a key aspect in this game, making you feel like you're in a dream, a dream that you will have to hack your way out of. But this isn't your typical hack-and-slash game. Throughout the game you will find unusual enemies and environmental puzzles that you will have to solve to make your way to the end. You will even run into Pinocchio who back story is based on the old fairy tail of how he murdered his parents and was hung for his childish pranks.

The game starts off in a dusty room in the attic where she begins her vendetta by searching for clues to her fathers death. Making her way back to Granny's Treehouse, she begins to look for clues to her fathers accident but the forest has changed. All of her happy memories and picturesque scenery have been overrun with carnivorous plants, scary fairies and other freaks of nature that she'll have to hack through with her ax. Other parts of the forest has been taken over by thorns where you will find Sleeping Beauty who has succumbed to the dark side. But it's in the mines where she uncovers dirty secrets of B.B. Woolfe, CEO of Woolfe Industries, as well as who murdered her father. Secrets aren't the only things hiding in the mines. Evil Dwarves are waiting who don't like intruders and are willing to go to the extreme to stop you from reaching the factory on the other side where Woolfe is waiting.


​
As awesome as this game sounds, the developers want it to be better. Because of budget costs they haven't been able to put everything they want into the game making them feel like they are being limited. So by going to their KickStarter, you can help fund the game so they can make improvements like adding magic, teleports, and multiplayer. These options won't just be added in. Since they have had to cut these pieces out to stay under budget, they also had to cut out on the story line that goes with each improvement so if they make enough, they can implement it back into the game. But they won't stop there. They also want to improve the 3D graphic, programming as well as making custom characters. 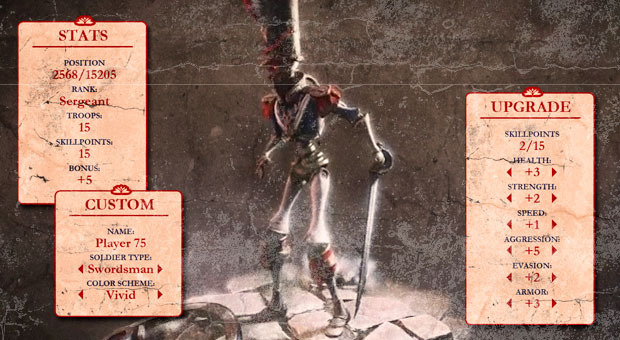