Wish SimCity Was Still a Thing? Take a Look at Cities: Skylines 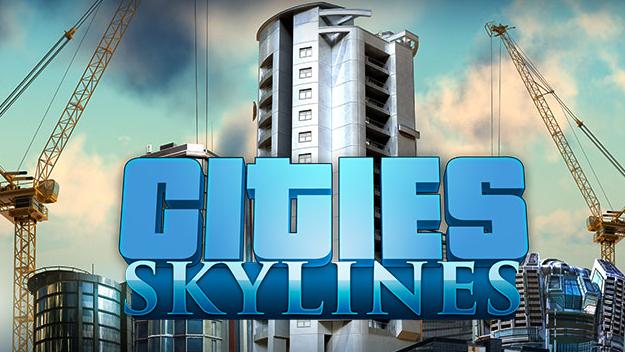 Do you remember SimCity? Did you, like me, spend hours on end planning, designing and building perfect cities? Well, that was a long time ago. The last SimCity game was somewhat of a disaster, as Maxis and EA managed to drive most fans away by doing everything wrong with it. The "always online" requirement they implemented, claiming it was necessary to game functionality, was rather comical as they managed to underestimate the amount of players waiting for the game. Of course everything crashed at launch and as it was impossible to play even solo without being connected to EA servers, it was useless. When modders shortly after managed to play the game offline without a hitch, Maxis and EA ended up looking really bad, and the game sort of died. A few weeks ago, EA decided to close down the Maxis studio working on SimCity games, and an era is over. Or maybe it's not?

Just days after the studio was closed, on March 10th, a brand new game was released that seems to be everything SimCity 5 was not. Cities: Skylines is an open, mod-friendly, offline-capable city simulator from publisher Paradox Interactive and developed by Colossal Order. Even though they are small scale compared to Maxis and EA, the game managed to sell 250,000 copies within the first 24 hours of release. Albeit this includes pre-orders, but still. Those are huge numbers, and being a best selling game on Steam is no small feat.

Receiving praise all over the board for their game, CEO of Paradox Interactive Fredrik Wester recently said "We would like to offer our deepest and heartfelt thanks to the community for their passionate support and to let them know that we are committed to supporting this wonderful game for years to come, in the same way that we have for our Crusader Kings and Europa Universalis communities. We knew that we had a great game on our hands and so to be able to continue to provide fans of the game with a multitude of new content for it going forward is fantastic."

Filling the void left behind by the failed SimCity release, this game has embraced modders, and after being out for just a few days, more than an astounding 9,000 different mods are available through Steam Workshop. You can find anything from nice houses to the entire city of GTA V's Los Santos rebuilt, ready for download. It looks like this game already has gained quite the fanbase and with more free content in the works and a dedicated community this game could live on for a long time.

CEO of Colossal Order Mariina Hallikainen commented on the success: "We at Colossal Order are absolutely thrilled to see so many players enjoying Cities: Skylines and that the Steam Workshop is filling up with amazing content from the modders. We are feeling very happy and proud and can't wait to continue working on Cities: Skylines together with the community!"

However, including community-made mods in a game does not mean that all tampering with their creation is welcome. The developers would like players to buy the game rather than pirate it, and have a strategy ready to keep most pirates stranded. Constant updates are planned to keep anyone cracking the game hard at work to keep up. In the end they hope that the auto update feature on Steam will seem easier and make sure they give up. According to Shams Jorjani, VP of Acquisition at Paradox Interactive, the strategy worked well for another of their titles, Magicka, where pirates stopped cracking the game after 13 updates in 14 days.

Personally I have just started playing this game, and after mere hours I can tell that this might become quite the obsession. It looks stunning, it feels precise and detailed enough, and just as it will reward you generously for making good, strategic decisions it will punish you just as hard for your mistakes. Thank God for the pause button. I'm not going to claim I'm an expert on Cities: Skylines, or that I have played enough to give you a complete review. All I will say is that between the dedication from the creators behind this game and the mods provided by the community, this might be my next big time killer. Honestly, I haven't had this much fun since Transport Tycoon in the 90's. Take a look at the reviews on Steam, and you will see that I'm not the only one feeling this way.

Cities: Skylines is now available for purchase on Steam for $29.99, with a deluxe edition available for $39.99 that includes five in-game historical monuments.

Will you be jumping in to make mods, or are you maybe tempted to go take a look at Los Santos? What are your thoughts about this game? Let us know in the comments below.

Thanks to Red for that one link.