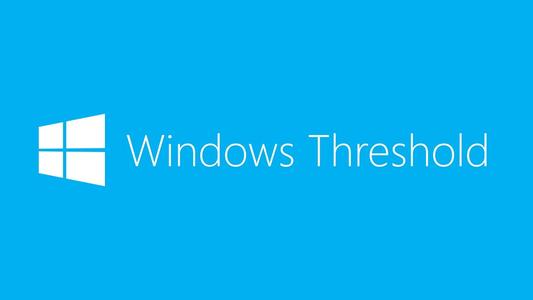 Ever since its release, Windows 8 has received a lot of flak by many users, especially those who were fond of the desktop experience. Luckily, Windows always seems to bounce back from bad releases. If Microsoft continues to follow this pattern, the next Windows will be a good one. While we don’t know much about it, there have been multiple leaks and rumors that suggest it will be a great experience and we may not have to wait too long for it.

Towards the end of last year, a reputable source told ZDNet that Microsoft is working on a new set of unified operating systems, codenamed ‘Threshold’. At the time, no one was really sure what to expect from threshold. Fortunately, ZDNet’s sources have started to give out more information about what we can expect. Microsoft is still working on an updated version of Windows 8 with a few new features, but they are also working on a whole new operating system.

With the next Windows, commonly referred to as 'Windows 9', Microsoft hopes to pull themselves out of the mess they have gotten themselves into with Windows 8. One of the biggest goals of threshold is to get Windows 7 users onto the newer version of Windows. The main tactic they will employ in order to achieve this is a bigger focus on the desktop experience. For a lot of people, their biggest gripe with Windows 8 is the forced-and-in-your-face metro UI along with the lack of a start button. With Windows 9, Microsoft will make the desktop the default screen upon turning on the operating system, but it will still have an optional start screen. Windows 9 will also feature the highly-requested start menu to make the experience more familiar to Windows 7 users. Both of these changes are something that a lot of people have been asking for and it makes sense for Microsoft to put them in. Although these throwback features will make the next Windows more familiar, there are also a lot of features that will make it a unique experience.

Microsoft wants the next Windows to be a more dynamic and customizable. One way they plan to do this is by bringing Windows to many different devices and screens. To achieve this, they will make Windows adapt to the different hardware it is running on. This means that the operating system will intelligently switch between metro and legacy interfaces based on the hardware present. This could prove to be useful for a tablet-laptop combo, such as the Surface, because it would automatically switch to desktop mode when the keyboard is attached and switch back to metro when it’s detached. Microsoft also wants to merge the desktop and metro experience by allowing metro apps to run inside desktop windows. This means you could have native metro apps running in a window while still having access to other desktop applications and features. Additionally, Microsoft will also be bringing the metro look to the start menu. The start menu will maintain core functions such as search and shortcuts, but it will also have metro tiles, much like the current start screen. There will also be a mobile version of the OS but it won’t support desktop mode. Fortunately, it will still allow apps to run side by side in individual windows, much like on the desktop.

If everything goes according to plan, Windows 9 will be a big release for Microsoft. It will hopefully get rid of the bad stigma around metro (and Windows altogether) while pulling in new users. The new alleged features seem to be pretty interesting and we can also hope that Microsoft will bring even more exciting features to the OS. Luckily, we may not have to wait much longer, because sources say that a Windows 9 preview may be coming this fall, allowing people to get their hands on the next Windows experience sooner than expected.