Will Destiny Update Rejuvenate the Game? 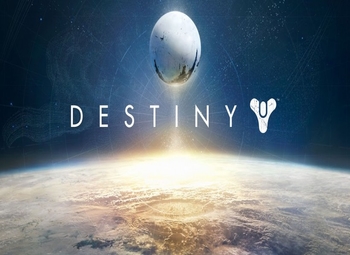 ​
Hello again, Guardians. It's time once more for an update to Destiny. The game has once again become a grind-fest, players are complaining and Bungie is praying for a miracle. They hope to get Guardians back into the game with a new update that is chock full of new stuff to do, levels to reach and gear to obtain. All we can do now is hope that it keeps us busy for more than a week or two.

Yesterday the popular developer hosted a livestream showcasing what we would see in Aprils upcoming update. We got a nice look at some new gear via screenshots of the stream and we also learned some new details concerning Iron Banner. As you can see from the screenshots below, we will be introduced to new enemies, we're getting new shaders and there is new gear for us to obtain from Iron Banner.

The biggest news is that your light level cap will be increasing once more. After the update, your maximum light will be 335. To accommodate the increase, the Kings Fall raid will raise drops to 330, while the Court of Oryx will have a chance to drop 335 artifacts. On top of that, there is a new quest where you must hunt down a would-be Taken Prince and a strike featuring a new boss named Malak, who can be seen in the images above.

Despite initial rumors, the new Prison of Elders will not include checkpoints, meaning your runs will be more challenging than you may have imagined. You will be able to visit Variks to take on a new, level 41 version of the Prison, complete with 8 updated bosses. There will also be a new challenge mode, called Challenge of the Elders, which will feature weekly boss battles, gameplay twists, scoring and new rewards!

Iron Banner will be returning with some new rewards as well. The game mode will be Control, and as always you will have to bring your best gear to stand a chance. The new loot looks promising, so I'm sure we will see plenty of Guardians in full combat attire duking it out for a chance to get some new gear from Lord Saladin. There seems to be a new machine gun that will be offered, something any sensible Guardian will be clamoring to get his, or her, hands on.

That's about all we know concerning the new update, but there will be two more streams before the update goes live, so chances are this article will be updated in the following weeks with more juicy tidbits concerning the game. Feel free to let us know what you think about the update information in the comments below! Will it be enough to bring the casual fan base back, or will it be just another thing that die hard fans work towards for a week or two before completing it all and being stuck with nothing to do?