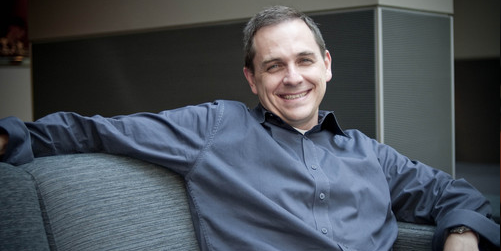 Marc Whitten, Microsoft employee and Xbox One Chief Product Officer, has responded to the petition filed on Change.org which sees fans want a re-reversal on the DRM policy.


Whitten, in a recent interview with IGN has criticised Microsoft’s communication skills between them and their fans since the Xbox One Reveal in May.

“I think it’s pretty simple. We've got to just talk more, get people understanding what our system is,” Whitten said. “The thing that’s really gratifying is that people are excited about the types of features that are possible, and it’s sort of shame on us that we haven’t done as good of a job as we can to make people feel like that’s where we’re headed.” It is true that many fans were excited to see the features announced, it was the required connections every 24 hours that put people off.

Since May Microsoft have been beating around the bush, instead of talking directly to the consumers about the benefits of the system and what it entails they simply left it up to the online community and press to speculate, which was pretty hard with the facts we had at the time.

Whitten continued explained what he is currently focusing on, “The number one thing I want to do is I want to get the product out, because people are going to use it and obviously a lot of this is more evident, but certainly what I want to do right is now is talk more about how we thought about these features.” Hopefully in the coming weeks we will see a lot more community interaction from Whitten and the Xbox One team.

Whitten was also asked about the Family Sharing feature which was removed along with the DRM policy, he has said that if the users of the Xbox One want this feature and they want to share their digital library of games then it is definitely something they will look in to, “If it’s something that people are really excited about and want, we’re going to make sure that we find the right way to bring it back.”

For now the Family Sharing feature won’t be a launch feature, Whitten has revealed that it wasn't the DRM reversal that caused the feature to be cut, it was time constraints. Not having enough time it had to be removed, “We took some feedback and realized there was some stuff we needed to add to the program. To add it to the program, we had to make room, just from a pure engineering perspective, to be able to get that work done".


What are your thoughts on this? Has Marc Whitten's honesty changed you mind or views? Please share you opinions below.
About author