​
​
So, for those of you who don't know, I've dropped my Left Behind series to do actual game reviews on Wednesdays. Not retro games, not slightly older games, but new games. Please, contain your shock and awe. Anyway, today, we're going to take a look at White Noise Online, a neat little indie game you can purchase on Xbox Live for a measly 80MSP. Soooo, let's get started.

White Noise is basically a knock off of Slender. When Desire first told me about it, I kept thinking to myself “Wow, this is seriously a blatant ripoff of Slender. They aren't even trying!” Either way, I decided to buy the game and try it out, but what I didn't realize was how much of a surprise I was in for. Yes, I'll cut to the chase, this is a good game. To me, it takes what Slender did well, and amplifies it into something else. Your objective is basically the same; find 8 tape recorders without being caught by...whatever it is chasing you. It's large and white, so I'll assume it's ODonnell. Regardless of who it is, White Noise takes those two core elements from Slender, and uses it as a catalyst to transform it from being a knock off, to a game than can stand on its own.

The first major improvement over Slender I'd like to mention is multiplayer. That's right, multiplayer. You can team up with up to 4 people, be they friends or randoms, and traverse through various local to obtain those 8 tape recorders. Surprisingly, this multiplayer is well implemented, and not just a side show tacked on to attract buyers. It really can help set up the mood. Sit back and think about this. You're on Xbox Live with some buddies, all of you playing White Noise. You're all moving together through a dark forest, you can hear the growl of the monster. Is he behind you? To the left, or the right? One of your friends turns around and see him, letting out a startled yelp and causing the entire party to jump. You quickly turn around and, poof, he's gone. It's that atmosphere that brings this game to life. For those of you who ever played Slender while your friends watch, you'll know what I mean when I say that the dynamic scare that comes with a group is what can really make the experience memorable.So many different outcomes are possible because of who you play with, and that's brilliant in its own right. 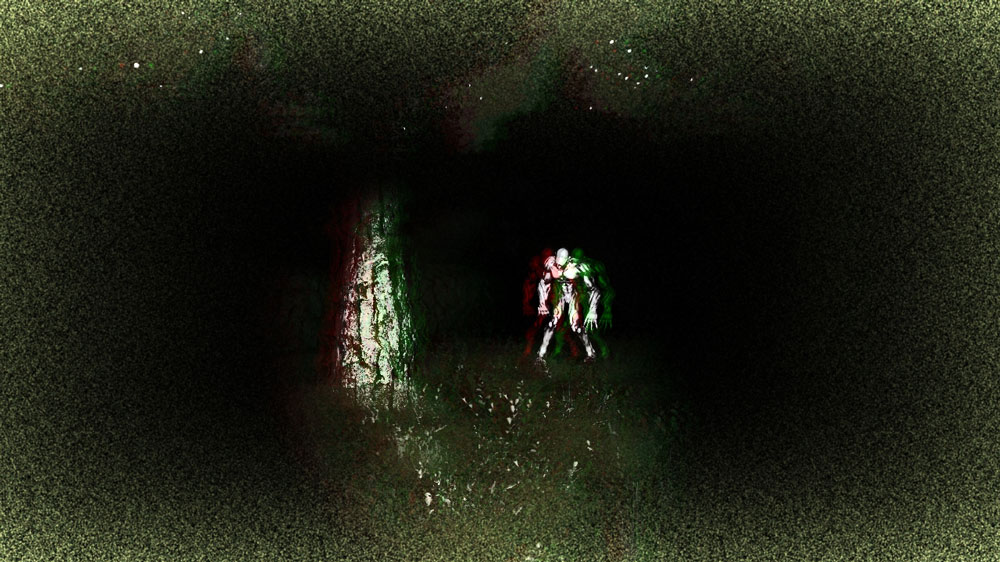 So, you're probably thinking that's the only thing making this game stand apart from Slender, right? We'll, if you are, you're wrong. You get an A for effort, though. White Noise also introduces two big features that Slender didn't have, multiple levels and multiple characters. The game features 6 levels: Isla Grande, Saint-Martin, Bunker 51, Kvioya, Founder's Hall, and Chateau. Unfortunately, I haven't had the chance to play all of the levels, but I can tell you about those I have played. Most of the levels take place in the outdoors. Though, surprisingly, they deviate from the tightly packed forests found in Slender, to favor a more open environment. While you do often roam through wooden areas, the openness of levels such as Kyioya, Chateau, and Saint-Martin, give you plenty of opportunity to change your course and plan new routes to your objectives..if you can find them at least. Levels such as Bunker 51, however, present much more of a challenge. You must wander a virtual labyrinth of tight corridors in order to find your 8 tapes. This level presents a HUGE jump in difficulty compared to the outdoor levels, as it gives you little time to change course or plant routes. You must react quickly to not get caught, and getting lost in the maze off halls, which will cause you precious time. In addition to avoiding our mysterious white figure, you also have to look out for green statues placed in various locations in the map. I'm not entirely sure if there is a back story to explain their purpose, but starting at these green..things, will kill you if you gaze at them long enough. There have been several occasions where I can't progress because both the white terror and a green stone are blocking the way. Quite annoying, really. Finally, we have the ability to unlock multiple characters. Each character has its own special stats. For example, some characters can walk faster than others, or have considerably longer time to use their flashlight. Some characters have higher sanity, which makes them harder to kill. As you gather more tapes, you'll be able to unlock more characters to find the one that best fits your playstyle. Oh, and one last fun thing, when you die, you respawn as a ghost. You can actually find your friends and help them find the remaining tape recorders, however, you cannot see the monster chasing them. Which seems fair to me. 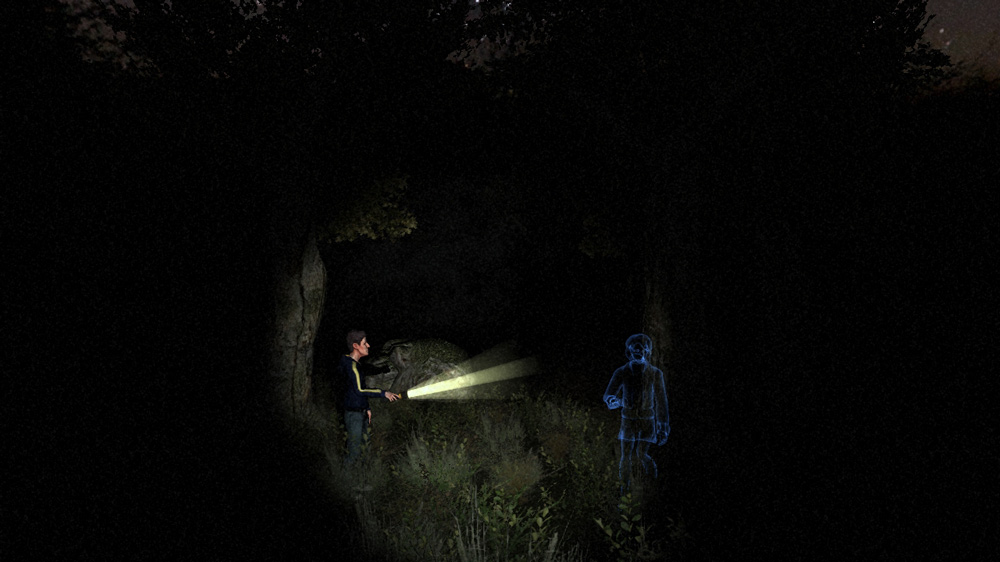 To be quite honest, that's really all I can say about White Noise. I'd like to say right here that this game isn't truly “scary”. At heart, it's an extremely cleaver jump scare game. It uses both atmosphere and a great AI foe to keep you on edge, but it isn't something that will haunt your nightmares for the coming weeks. If you're looking for a game with some deep compelling story, this isn't the one for you, as there isn't much to it. However, if you're looking for a great time with friends when you're bored at 4 in morning, then this most certainly is the game for you. Combine a great game with a development team regularly releasing updates, and the 80MSP price tag, and you have a pretty unbeatable deal.
About author