Where Did the Simplicity Go? 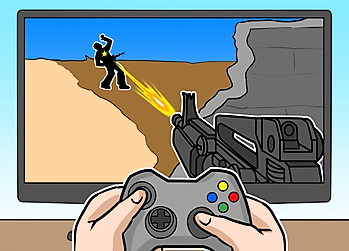 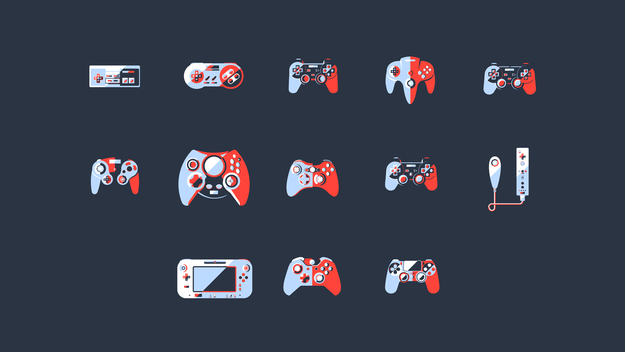 ​
Not long ago we lived in a time where gaming didn't rely on creating as fast of a pace as possible or movement schemes that allow to you fly in the air, run on the walls, and overall, move in any way to meet your respective desires. One way or another, gaming is continuously moving further and further away from its more simplistic predecessors. Whether it's better or not is a redundant debate that is riddled in subjectivity and relativity. You'll have little to no luck when searching for an objective right or wrong in these regards, as both sides of the argument will come at it with details and information supporting their beliefs, but that's a pointless debate that's better off being saved for another day. This simplism at hand, though, has left us whether we like it or not.

Not going back too far for the sake of it being blatantly obvious, we'll focus on Halo. The shooter franchise that revolutionized both first-person shooters and online gaming, on multiple occasions. Yet, what was once recognized as one of, if not, the most simplistic shooter on the market, has seemingly turned its back on its beloved roots. One could argue this as being simple progression and evolution of a franchise, however, the series has not evolved so drastically between its first entries. For example, Halo: CE - Halo 3 did not remove the core elements and principles of the game, even through the 6 years between them. One of the biggest gameplay changes that Halo 3 brought, was equipment, such as the bubble shield or power drain. While these were a new (and exclusive) addition to the series, they did not stray from Halo's rather simplistic ideology. They could completely change how battles played out, yet were balanced in an effective manner and made available to everyone, therefore not being so different from a power weapon or power up, two things that have always been in the series. Come 2012, when 343i bought Halo from Bungie, the fans were subjected to a massive change to the game in its entirety. There is an extremely jarring change present when you switch from Halo 3 to Halo 4. The gameplay was completely revamped by 343i and featured changes such as, but not limited to: sprinting amongst all players, various armor abilities, killstreaks, and loadouts. This has left fans of the series to refer to this entry as one of, if not, the worst Halo made to date. The changes did not stop there, either, enter Halo 5: Guardians. The entry that rid the game of split-screen play, one of the most beloved features of the franchise. This game has successfully torn out any remaining simplicity that was left after Halo 4. It brought "advanced movement" to the battlefield, as well as "aim-down-sights" and we're now left with little to no resemblance to the past entries with it. 343i has essentially done anything it can to crank up the pace of the game when it simply wasn't needed. This isn't to say the game is bad per se, yet, it just doesn't feel like Halo anymore. It feels forced and synthetic and it has rid the game of most of its redeeming qualities, in a desperate attempt to make it faster paced. With microtransactions and the omitting of split-screen, as well as all the unnecessary and bothersome features, it simply feels like a shell of what once was. I'm a huge fan of Halo and I always have been, in fact, I still play Halo 3 on a regular basis and it's unfortunate to see one of your favorite gaming and entertainment franchises crumbling and leaving behind many of its great aspects. It's sadly become another money-grabbing franchise that leaves fans reminiscing about its glory days, and oh, how I wish that wasn't true.

As much as I wish it weren't true, Halo isn't the only ever-so-popular franchise that has drastically, monumentally, strayed from its widely well-received roots. There is also arguably one of the most controversial game franchises of modern times, Call of Duty. What once began as a typical, yet great war shooter has over time become unpalatable and a total and complete disgrace to its former self. Its genesis lied with a simplistic, twitch gameplay in a realistic, legitimate war setting. Call of Duty blew up in 2007 with its debut into the recent eras of combat, Call of Duty 4: Modern Warfare. The biggest rival to Halo 3 at the time, a time when these franchises were in their prime. We ventured back to World War II with 2008's entry, World at War that brought Zombies, the beloved and acclaimed mini-game that continues to accompany the series to this day. Come 2009 we get to meet the sequel to Call of Duty 4, and we were presented with Modern Warfare 2, the record-breaking game that blew up the franchise and potentially changed it forever, again. Yet, it did so without leaving a stark contrast between it and its predecessor. Objectively speaking, this game is noticeably flawed, but when compared to its successors, it's a damn good entry. It increased the pace from the previous games, without straying from its roots or source material. It was one of the last entries to actually feel like Call of Duty. It was a simpler time, where you can nail headshots with an AK-47 or Glock in Afghanistan or perhaps Favela. It was real. Black Ops continued that use of reality with its release in 2010, when we ventured to the Vietnam era of warfare, it simplified it even further, and it worked. It's 2016 now and people have been excited to play it again through Xbox One's backwards compatibility and for good reason. Fast forward to 2012's Black Ops II, a game that fared surprisingly well despite its major shift in setting. It changed the class setup in a fairly decent way, brought competitive gaming in, and overall, was a solid entry. Now, I'm not particularly a fan of the futuristic setting, however, the core concepts weren't destroyed with this entry, therefore, it gets a pass with me. 2014 gave us the massive disappointment of Sledgehammer's debut with Call of Duty: Advanced Warfare. The game that leaped even further into the futuristic setting and introduction of an absolute abomination of advanced movement. Your character is now half-robot and makes use of the most linear attempt at advanced movement that I have ever encountered. I don't even want to get started on how stupid the idea is of a man with an exo-suit jetpacking through the air like a fly, whilst dressed like a clown and trying to "quickscope" someone. Just last year, Treyarch gave us Black Ops III, which yet again, went even further into the future, while keeping an exo-suit, but don't worry, it's different. I've played tons of this game and at this point, I'm just legitimately bothered by it, I had to delete it. It effectively ruined every single concept that Call of Duty once had in place. The movement system, while not as linear as its predecessor's, has rid the game of any remaining map strategy that it once had. There is no point in wondering if someone is around the corner, when they can slide, fly, and wall-run around said corner. The debut of "specialists" has done an excellent job of killing off the point and use of killstreaks. Go ahead and give a player a grenade launcher, minigun, flamethrower, or invisibility, when they've done nothing to earn it, I sincerely struggle to see the rationality behind implementing such a thing. There was a time when you could naturally progress through the game to earn the best weapons as everyone else did, but apparently it's a better idea for the player to pay legitimate money through moronic microtransactions for a chance at getting such a weapon, I've paid a good $20 or so and have yet to receive a weapon that I would have liked to, what a petty thing for a developer to do, for no reason whatsoever. We've gone from a great "boots on the ground" shooter to the complete opposite. Every addition attempting to increase the pace and distance into the future, despite the countless complaints from fans and critics alike. Infinity Ward will be dropping Infinite Warfare this year, and is holding off on showing the multiplayer until September, and yet again, it's even further into the future and straying even further from its simplistic origins.

​
In all honesty, I don't enjoy feeling this way about these franchises, however, I can't objectively speak of others because I haven't played them to the extent that I have the aforementioned two. I've put countless days worth of gameplay into Halo and Call of Duty and it's painful to see what they have become today. Halo was known for its simplicity and slower pace and it's just not there anymore, and Call of Duty was once a war shooter that had realism and map strategy. I miss the feeling of starting a round of Halo or Call of Duty and everyone simply running out onto the battlefield, now you fly around and run on the walls, there's just no finesse to it. I miss the times where I was getting shot by a terrorist that was wielding an M4, and now I'm getting killed by a wall-running golden robot (with a minigun arm) that beats me to death with a diamond encrusted wrench, then proceeds to use catchphrases and dances afterward. That's just a travesty to me. It really is unfortunate because I continue to play them in hopes that I might enjoy one as much as I used to, but I rarely find that being true. This isn't to say that one franchise is better than the other, or that one generation is better than the next, it's just an attempt to bring to light the stark contrast that can be seen amongst them. Maybe I complain too much. Perhaps I just don't adjust to change well. Call me old fashioned but I think, when it's all said and done, I just miss a simpler time.
About author