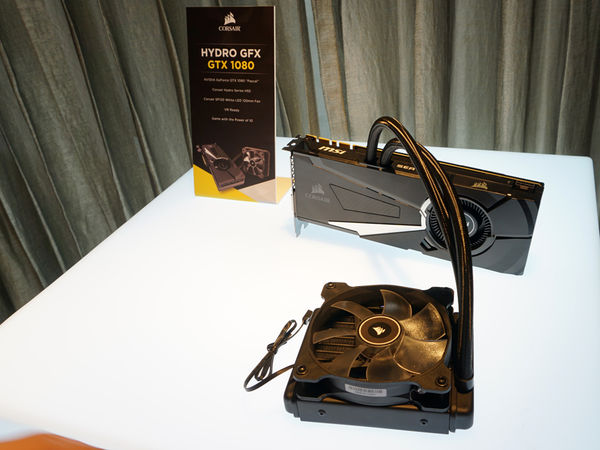 Today, Corsair released the Hydro GFX GTX 1080 Ti, which was made in partnership with MSI. It's an overclocked version of the Nvidia graphics card that sports a built-in liquid cooling system to keep the card's temperatures as low as possible. The card also comes with a 120mm radiator and a 120mm white LED fan attached.

The following are its core and memory clock speeds in three different modes out of the box:

This isn't the first time Corsair and MSI teamed up for an all-in-one water-cooled graphics card. They also made a Hydro GFX version of the GTX 1080 that yielded similar results. It's currently on sale from Corsair for $600.